I know I am not the only one taking a deep breath and getting ready to watch the next to the last episode of Breaking Bad tonight. My brother and his wife are in town, and they happen to both be Breaking Bad fans AND high school science teachers (no, really, they both are!). I thought we needed a fitting dessert. Breaking Bad Cupcakes. Complete with blue rock candy. 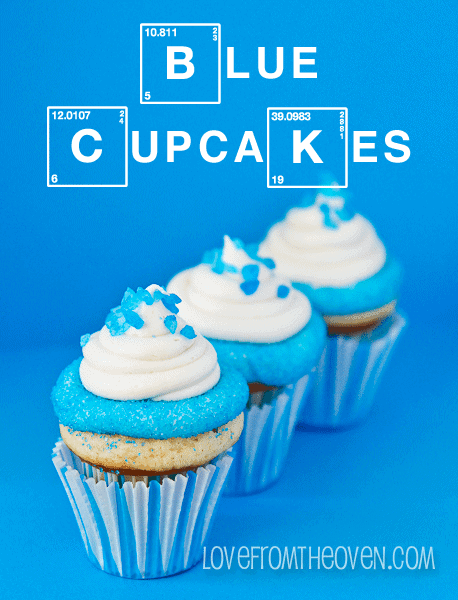 You can almost hear “Crystal Blue Persuasion” playing. Now let’s go ahead with the disclosure. I’m not a violence fan, I don’t even like to have the news on because I think it’s too violent and graphic. I’m obviously not a drug fan. Heck, I’m not even a tv fan, but boy, this series, the acting, writing and directing –  it is mind blowing, like nothing I have ever seen. If you aren’t a fan of the show, I totally respect that, and ask that you respect that others might be.   Think of these simply as blue candy cupcakes. These cupcakes would be super cute in any color. I even made an alternate non Breaking Bad cupcake for you – see! 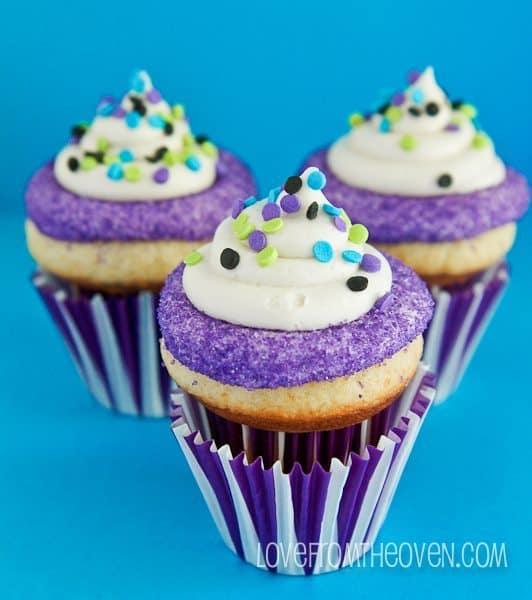 Truth be told, I really never watch television, I’m too busy multitasking non-stop to ever just sit down and do one thing, such as watching tv. But when my friend insisted last summer that I would like this show, I told her I’d give it a shot (as dumb as the premise sounded). And next thing you know my husband and I watched four seasons in about a month. And here we are, watching the final episodes with so many other Breaking Bad fans. And it’s so crazy intense, that we need a little something to lighten it up. 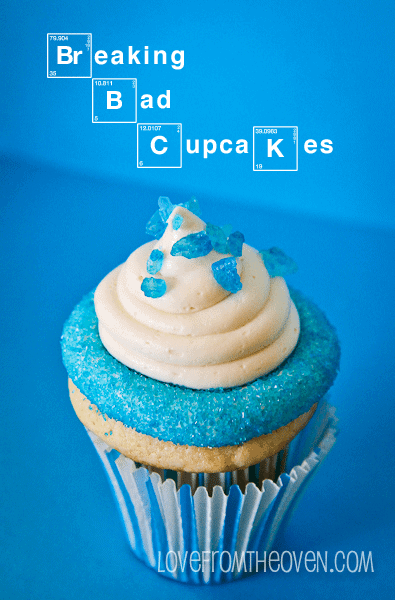 These cupcake were quick and easy to whip up. You can use your favorite recipes or a box mix, it doesn’t matter. You are just throwing together a fun way of decorating them. So to make these I simply whipped up some vanilla cupcakes. I made these in my Drommar Muffin Tin from Ikea that makes for a taller slimmer cupcake, but you can make them in any tin. I whipped up some simple vanilla frosting and then it all comes down to the decorating. As I’ve stated a few times, I’m not trained in any forms of decorating cakes or cupcakes, I just kind of wing it and figure it out for myself. Here’s how I decorated these. I started with a ring of frosting that I then rolled into blue sanding sugar… 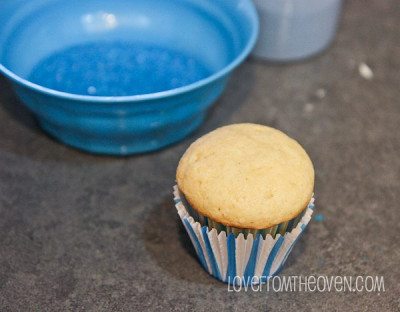 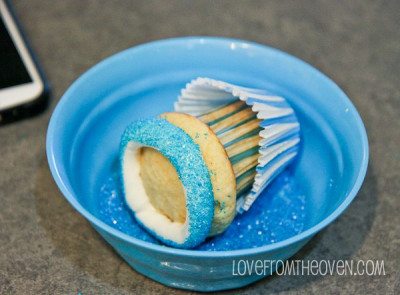 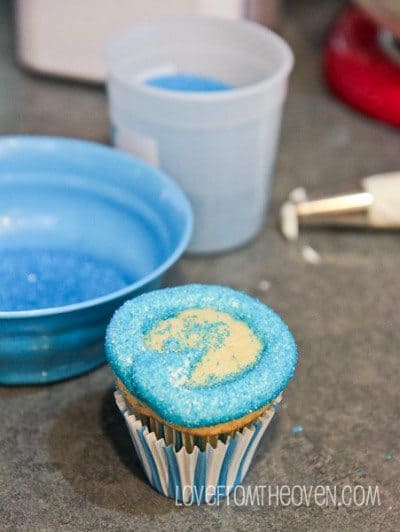 I then added more frosting, and sprinkled on some Wilton Blue Sugar Gems. 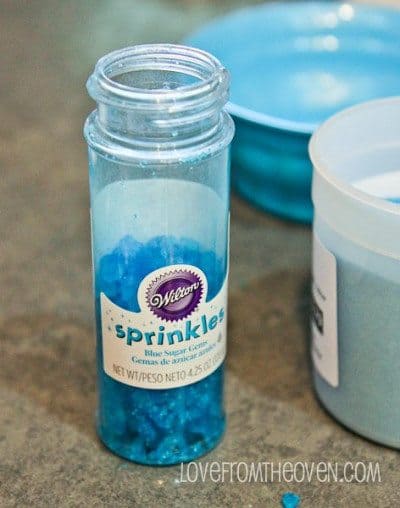 That’s all there is to it. Quick and easy. 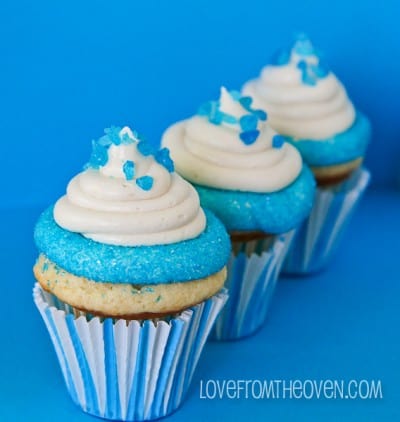 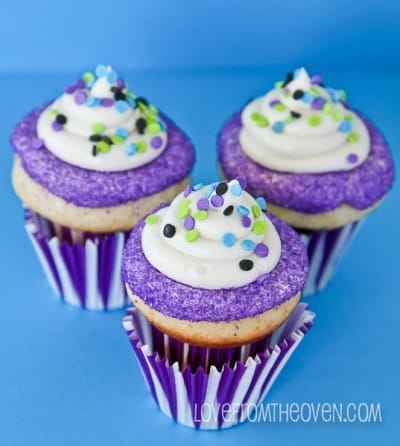 Want some other fun Breaking Bad dessert and food ideas? There are a lot of awesome ones out there. 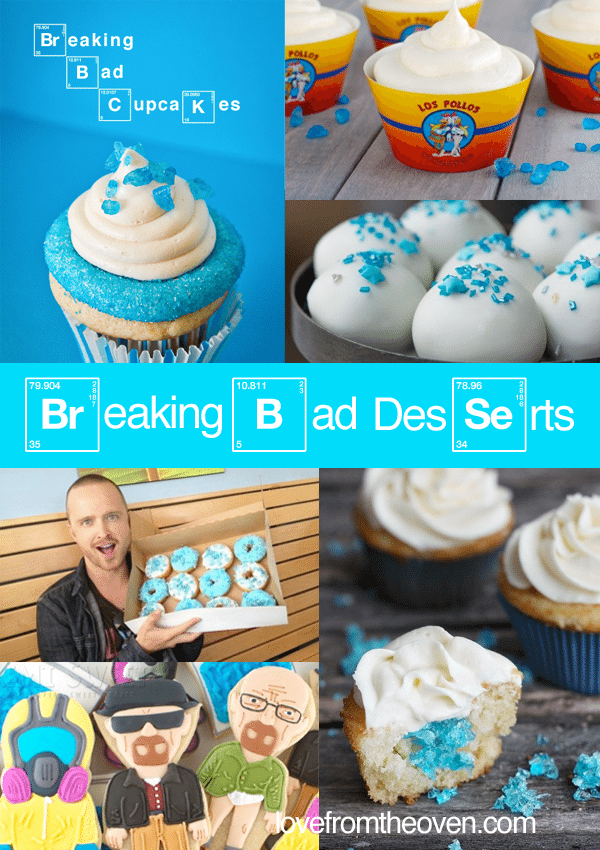 Check out what other people have cooked up (sorry, the puns are too easy!). 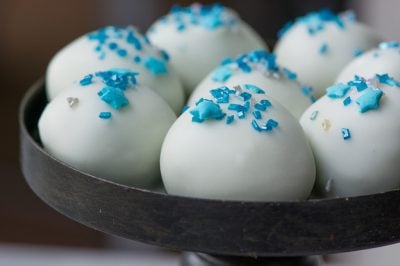 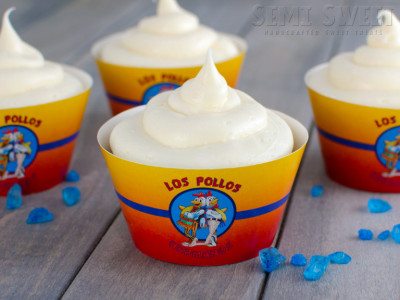 The most amazing Breaking Bad Cookies from Semi Sweet Designs 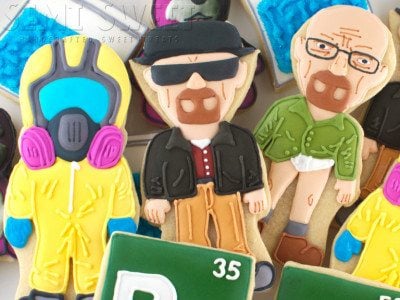 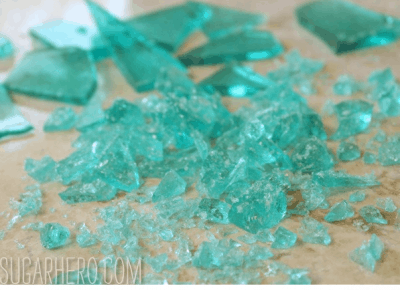 Blue Sky Cupcakes By With Sprinkles On Top 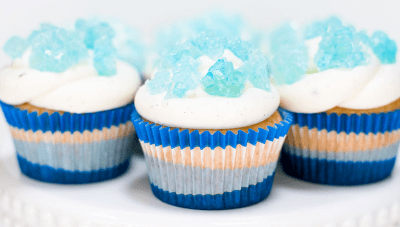 Breaking Bad Walter White Cupcakes from Not Your Momma’s Cookie 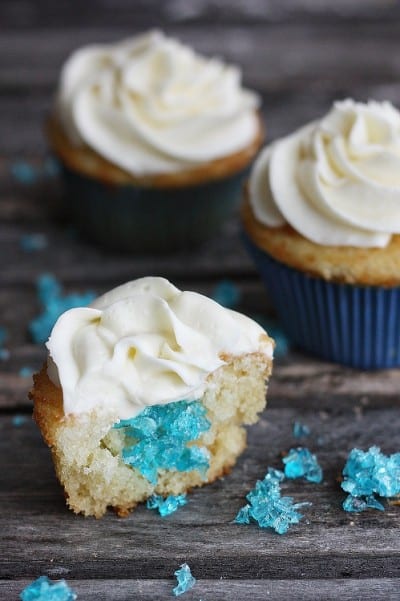 Breaking Bad Cake from 17 And Baking 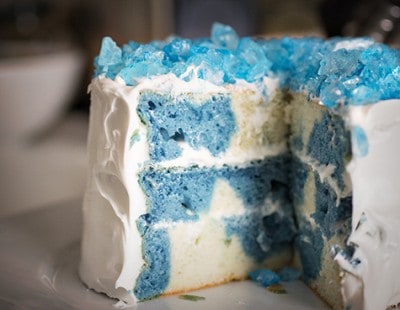 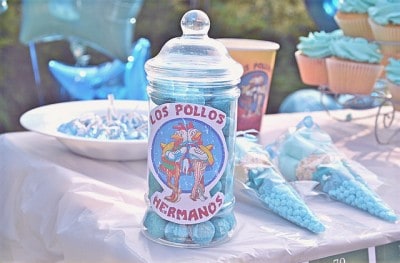 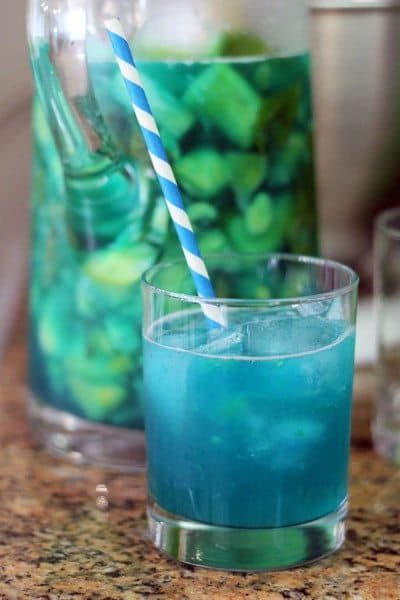 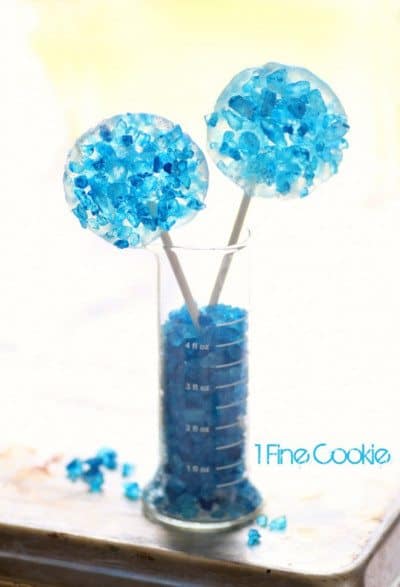 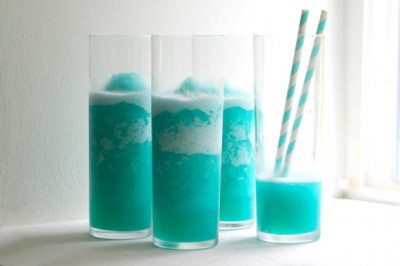 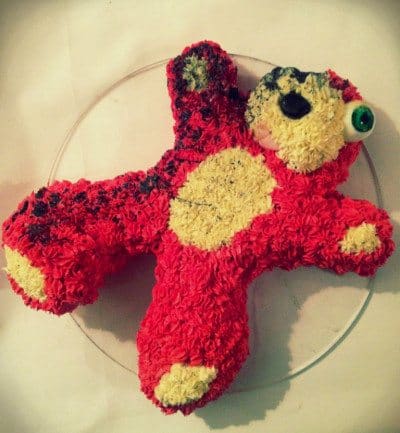 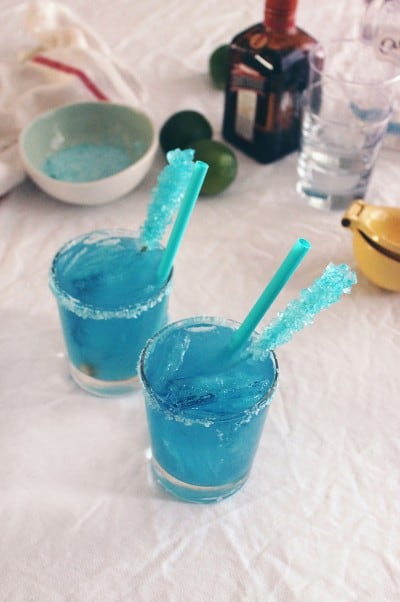 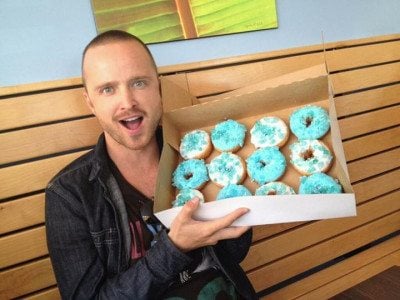 Get ready, tonight’s episode is going to be intense, I think we all know that for sure.