A few weeks ago I shared McCormick’s 2013 Flavor Forecast. With a number of trends and flavors that we can look for in 2013, I was really drawn to one particular recipe – the Cajeta Sauce With Anise, also known as Mexican Caramel Sauce. Spiced up caramel sauce? Sign me up! 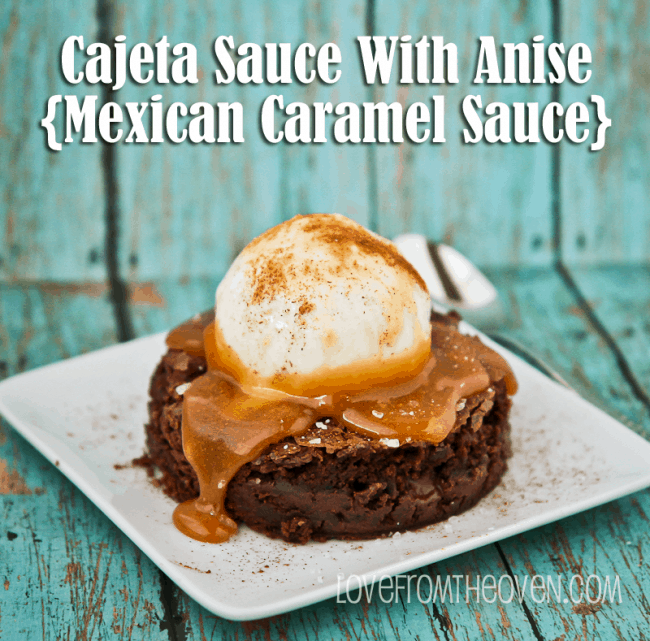 This recipe ties into a few of the aspects of the Flavor Forecast, including “Global My Way“. A caramel sauce kicked up with some warmth from spices sounded amazing to me. And trust me, it is. The Cajeta Sauce With Anise is a great topping for anything (or eating straight from the spoon – let’s be honest, it’s that good!), but I thought it would be fabulous with one of my favorite desserts, brownie a la mode. 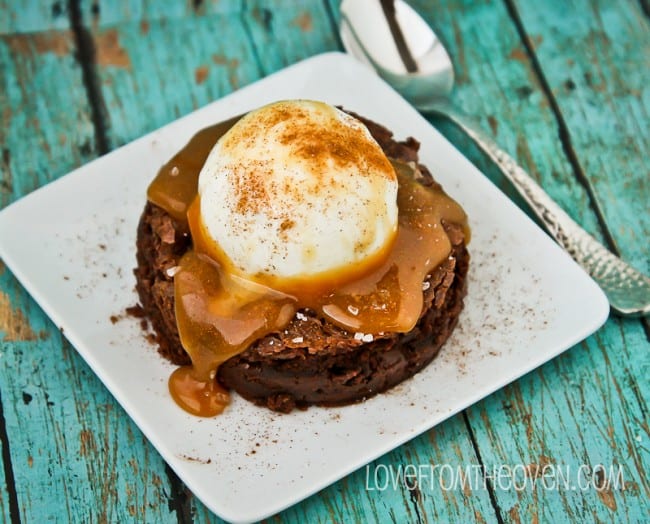 The combo of the cajeta sauce and the spicy brownies is not only packed full of flavor, but you can keep it incredibly simple by using a box brownie mix and ice cream right out of the freezer section. By adding in spices and the cajeta sauce, this out of the box dessert takes on a bold new flavor, and nobody would suspect that it wasn’t from scratch. I think the combo of homemade and from the box works in well with one of the other trends in the Flavor Forecast, “No Apologies Necessary“. 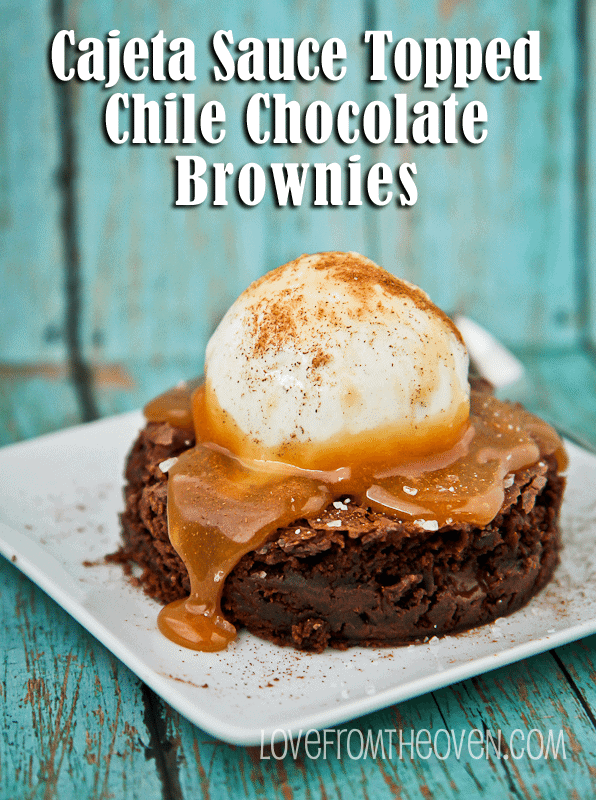 I’ll admit, I was a little nervous making the sauce. But with only a few ingredients (and no candy thermometer) it was VERY simple. I put my brownies into the oven and started my sauce and they were both done within 30 minutes (and really all the sauce required was stirring – easy enough!). 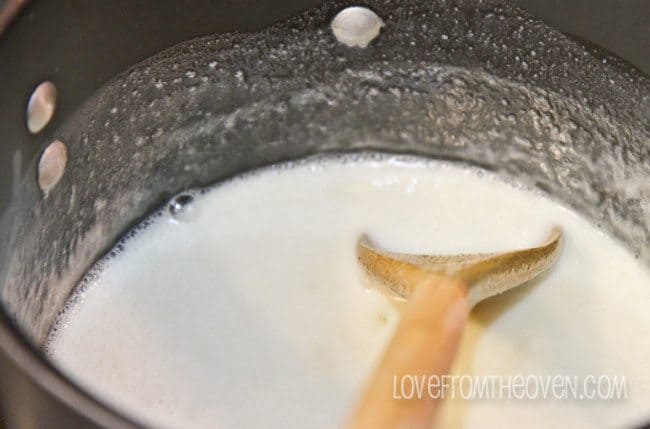 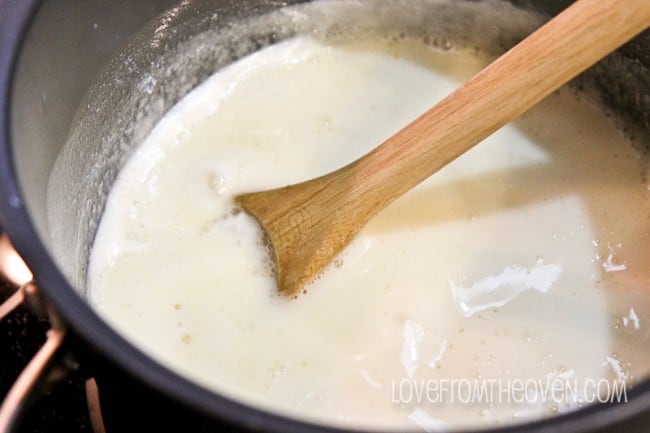 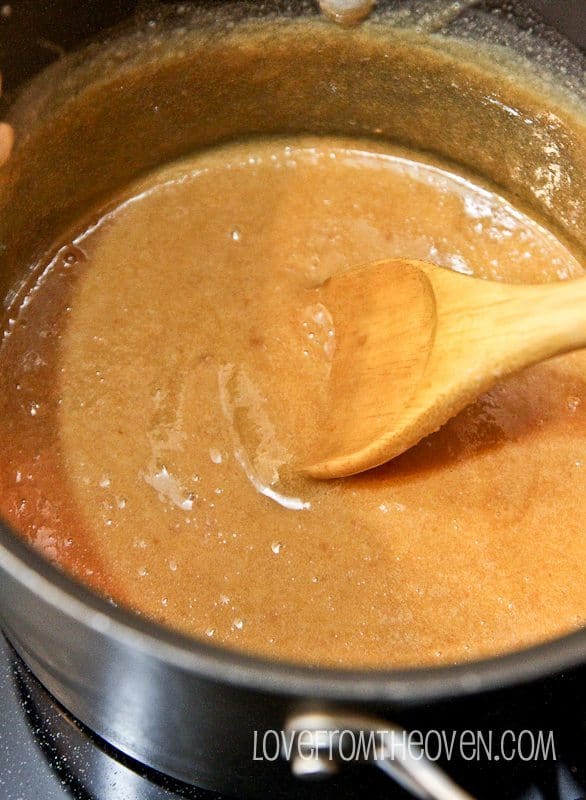 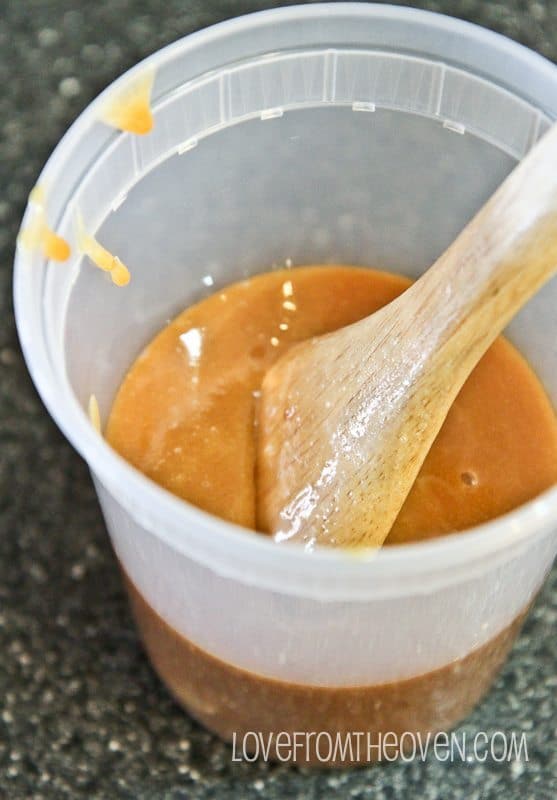 The sauce seemed a bit “foamy” at times while cooking and I was a little worried, but it turned out fabulously. I probably cooked mine about 32 minutes. I am so excited, I made homemade caramel sauce! Woohoo! Caramel on everything! Here are the recipes – this would be a great dessert to whip up when you need something special but are short on time. Everyone will think you spent hours on it! 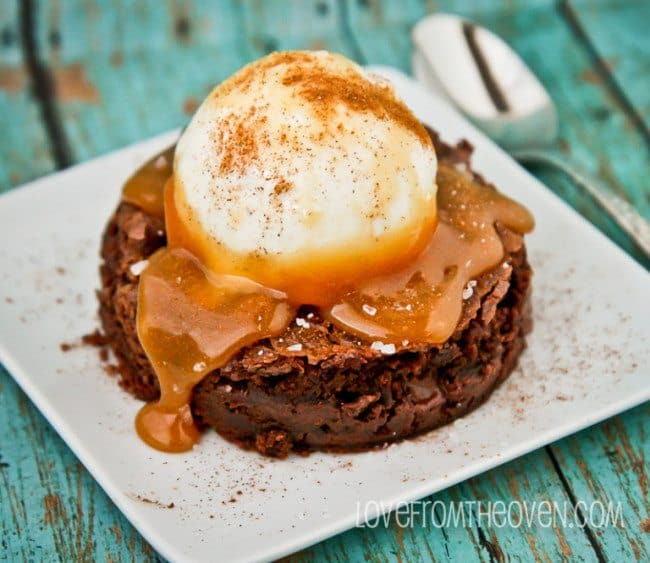 In keeping with both Global My Way and No Apologies Necessary from the 2013 McCormick Flavor Forecast, I also added some sea salt and an extra dusting of cinnamon to finish off my plated dessert. There were so many great flavors going on that all accented and brought out the best in each other. This one is a keeper! Here are the recipes. Enjoy! 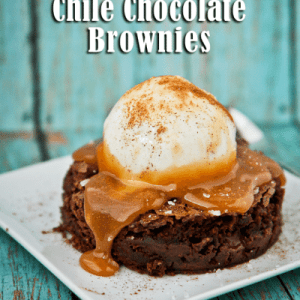 I can think of so many things to put this delicious cajeta sauce on. What you would top with it???
This post was sponsored by McCormick Spice, but all opinions (and enjoyment of cajeta!) are mine and mine alone.