I was recently asked by the folks at Kleenex if I would like to write a post that shared a cause or organization that was close to my heart. The answer was an easy yes, and I didn’t have to think twice to know which organization I would love to share with my readers – The Childhood Apraxia Of Speech Association Of North America, otherwise known as CASANA. CASANA is the only nonprofit public charity exclusively dedicated to children with apraxia of speech and their families.

Why does CASANA matter to me?
Because my sweet, silly and spunky daughter suffers from severe apraxia.

Apraxia is something we had never heard of a year ago, and is now a major part of our lives, and probably always will be. Due to apraxia, our almost three year old daughter is for the most part almost completely non-verbal and also has extremely limited ability to use sign language. Due to how profoundly impacted she is, there is a strong chance that she will never be able to use speech (or sign language) as her primary method of communication.  She tries all day, every day, to communicate with us, but apraxia severely limits what she can express. I’ve shared before that some days with apraxia are hard and dark (and use a fair amount of Kleenex!) but this sweet little ray of sunshine keeps us looking hopefully to the future.

What is apraxia?  Childhood apraxia of speech is a neurological motor planning disorder.

To put it very simply, the act of speech begins with an intention to communicate. Next an idea forms, outlining what the speaker wants to say. The words for that message are put into the correct order, using the correct grammar. Each of those words contains a sequence of specific sounds that must be ordered together. All of this information is translated from an idea and information to highly coordinated movements of the mouth. The brain must tell the mouth what to do, in order to articulate the message. There is a lot that goes into opening one’s mouth and speaking! 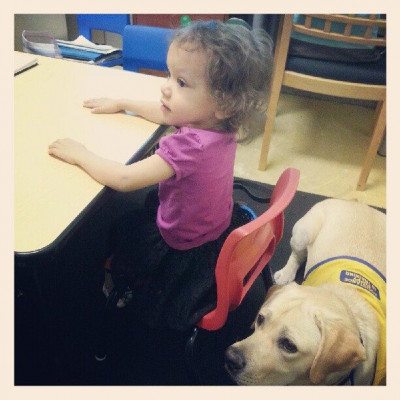 The brain in a child with apraxia of speech knows what it wants to say, but there is a break down with the motor planning required to send that message to the parts of the body involved in expressing the message, such as the lips, tongue, jaw and in some children, like our daughter, her limbs, which is why sign language is just as difficult for her as speech. And to make it even more complicated, with apraxia, the more you want to stay something, the harder it is. Kids with apraxia can often say something randomly, but can not do it when they want to or when it is asked of them.

For most children with moderate to severe apraxia of speech, a great deal of therapy is needed. Multiple sessions weekly, for years, with a speech and language pathologist who is experienced in the treatment of apraxia. Children with apraxia need an incredible amount of repetition in order to help create the road maps in the brain if you will, to allow them to produce the speech they need. Some estimates say that children with apraxia need close to 3,000 repetitions of a sound or word in order to fully master it. Our daughter has therapy five times a week, with two different amazing therapists. Her incredible speech therapist works on breaking down speech and sounds into incredibly simple bits and pieces, trying to help her learn and master them…


So where does CASANA come in? CASANA provides a lifeline for families affected by apraxia. They provide resources, articles, local groups and support. They provide workshops, webinars and conferences for those living with apraxia as well as those working with apraxia. CASANA also encourages and funds research in childhood apraxia of speech and facilities improvement in apraxia research communities. They also work to facilitate better public policy and services for children affected by this disorder.

CASANA also has an amazing iPads For Apraxia program. Many children with apraxia need some form of an augmentative communication device to allow them to communicate. In today’s world, that usually means an iPad with specialized apps which allow them to tell others what they want, what they are 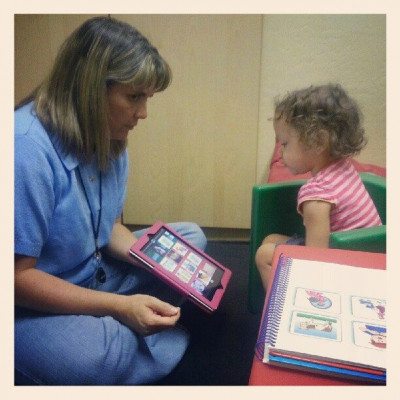 thinking or express themselves in other ways. We all know iPads aren’t cheap, and in 2012 CASANA provided 60 children with iPads. Our daughter uses our iPad extensively to tell us what she wants to do, what she wants to play, what she wants to eat, and just to show us how much she knows (she’s always excited to show us all her colors, numbers, letters, things like that, through the use of her iPad). I love that  CASANA helps put iPads into the hands of kiddos who desperately need them but might not otherwise be able to use one.

CASANA helps organize Apraxia Walks around the country to help raise awareness and funds and to unite families with apraxia. I am very much looking forward to the walk here in Arizona. Not only will it be a great opportunity to raise money and awareness but  I am so excited at the chance to connect with others in my area whose lives are impacted by apraxia.

As a parent, this short video can say far more about apraxia than any of the words I have shared with you. This sums up so much of what I feel in my heart day in and day out, and I am so thankful to have CASANA there, supporting families like ours who are impacted by apraxia.

Thank you to Kleenex for letting me share some
information about apraxia and CASANA with you.

Kleenex brand, America’s softest tissue*, knows that once one experiences the softness of Kleenex brand tissues, they will be eager to share it with other cold and flu sufferers, friends and strangers alike, as a way to show they care. This cold and flu season, make the care complete with a Kleenex Brand Care Pack, and together we’ll turn a seemingly-small gesture into something bigger, to make everyone feel better. Visit kleenex.com/softness to learn more.

Disclosure: Compensation was provided by Kleenex via Glam Media.
The opinions expressed herein are those of the author and are not
indicative of the opinions or positions of Kleenex.