Churro lovers rejoice, I have a delicious and easy recipe for Churro Cupcakes for you today! 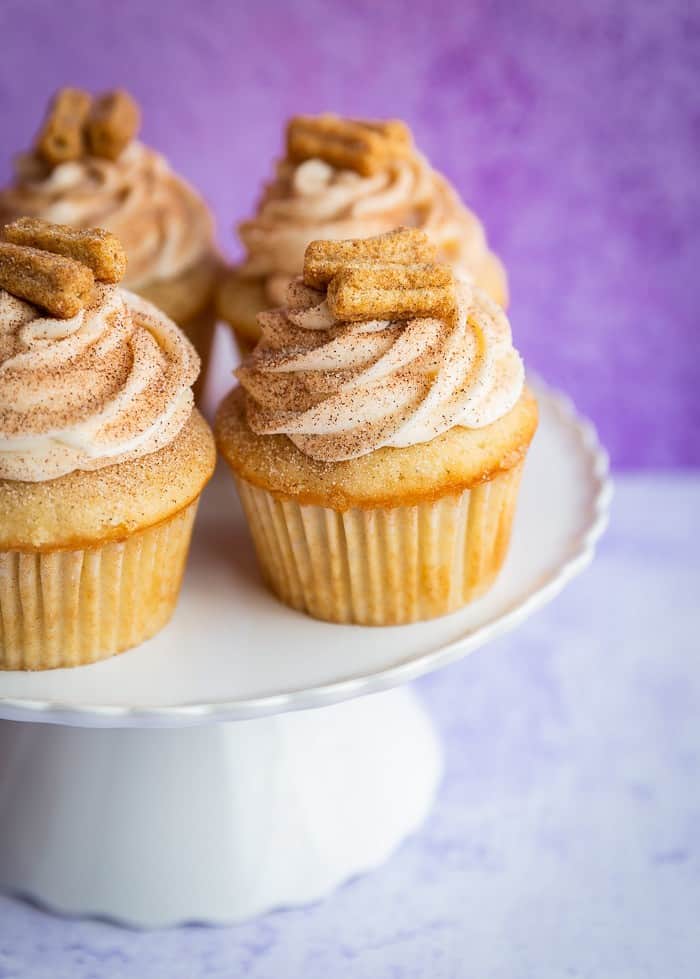 Recently my friends at General Mills sent over a box of their new Cinnamon Toast Crunch Churros cereal to try. After opening the box and seeing the cereal, two things then happened. First, I immediately ripped open the box and grabbed a handful. Second, I realized I had to make Churro Cupcakes as soon as possible. I love churros! Churros are my favorite thing about Costco. And maybe Disneyland. Making churros at home however is not my thing, and for very good reason. 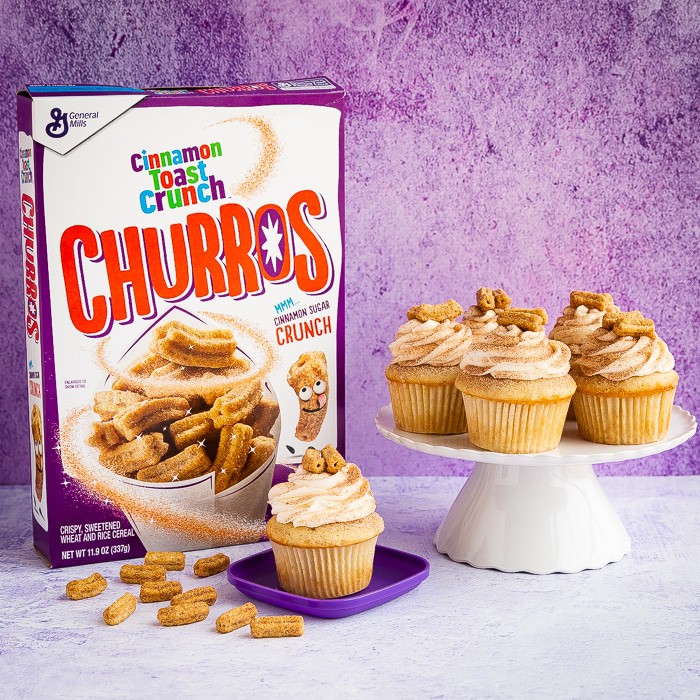 Why don’t I make churros at home? That’s a good question! Once upon a time I did make homemade churros. Long story short, I made homemade EXPLODING churros. One minute I’m frying these doughy bits of golden goodness. The next minute, BOOM. With no warning one of the churros exploded in the oil. My entire kitchen, which was fairly small and very enclosed, was covered with hot oil. To this day I do not know how I didn’t get burned.

Thankfully my husband was home and came running into the kitchen. He found me standing there, pretty much frozen in shock, with no idea what to do. If you’ve never had your entire kitchen coated with hot oil, it’s one heck of a mess to figure out. Oil was on the ceiling, floor, every cupboard, every appliance, and my clothing. Bless him, he basically extracted me from the kitchen and took care of it. He probably went through a full size bottle of blue Dawn dish soap on clean up.

That was probably seven years ago, and to this day I’ve only fried food twice since the churro incident. Both times I was honestly terrified. Frying churro trauma, it’s a real thing my friends. But it’s not just me, there has even been a lawsuit over exploding churros! There seem to be different explanations as to what causes a churro to explode.

Why Do Churros Explode?

Most often exploding churros are said to be due to not being piped with the right star tip. The ridges on churros aren’t just for decoration, they help with even cooking and prevent steam from building up on the inside of the churro. Too hot of oil temperature was blamed in the lawsuit I mentioned. Either way, I won’t be frying churros again any time soon. And by any time I mean ever. But you know what I will make? Churro Cupcakes – no frying required! 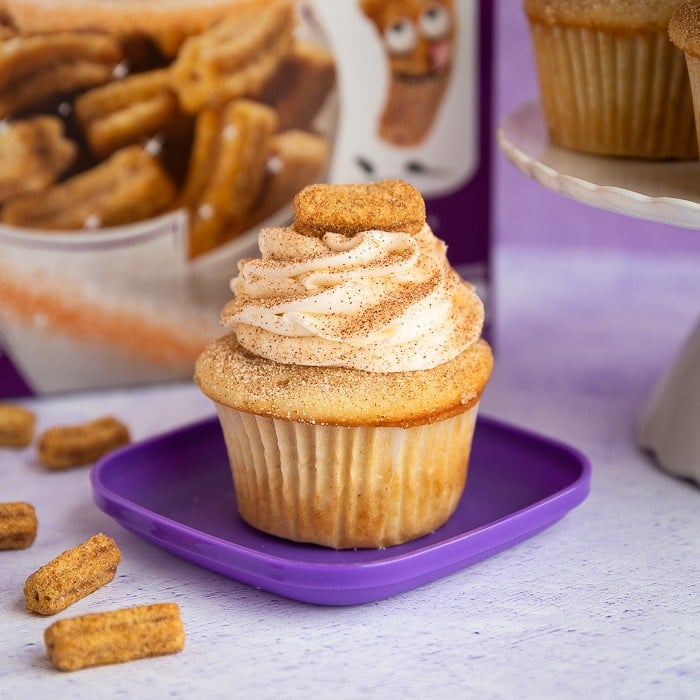 Save yourself the trauma of exploding churros, and grab a box of Cinnamon Toast Crunch Churros. They are ridiculously good, and won’t explode! Truth be told they’ve yet to get paired with milk in our house, they are perfect for snacking straight from the box. And of course, for topping churro cupcakes. 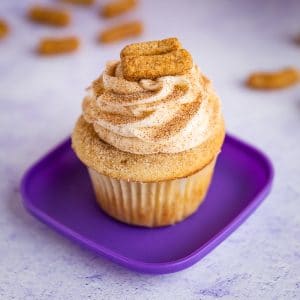 I hope you enjoy these delicious, no frying required, Churro Cupcakes! If you love the combo of cinnamon and sugar, here are some more recipes to try! 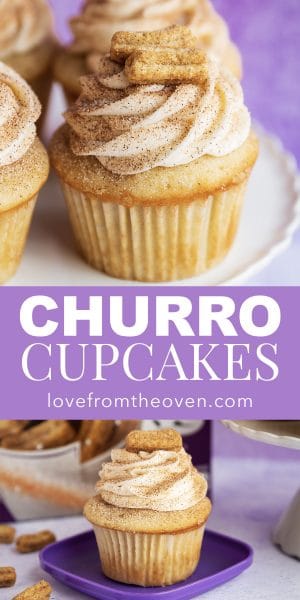