It’s probably not a big surprise to see another post with Halloween Peeps. They are so cute, and I need something to appease me until I can find those still illusive Candy Corn M&M’s. This is another fun and easy treat that requires no baking – Peeps Rice Krispies Treat Pops. 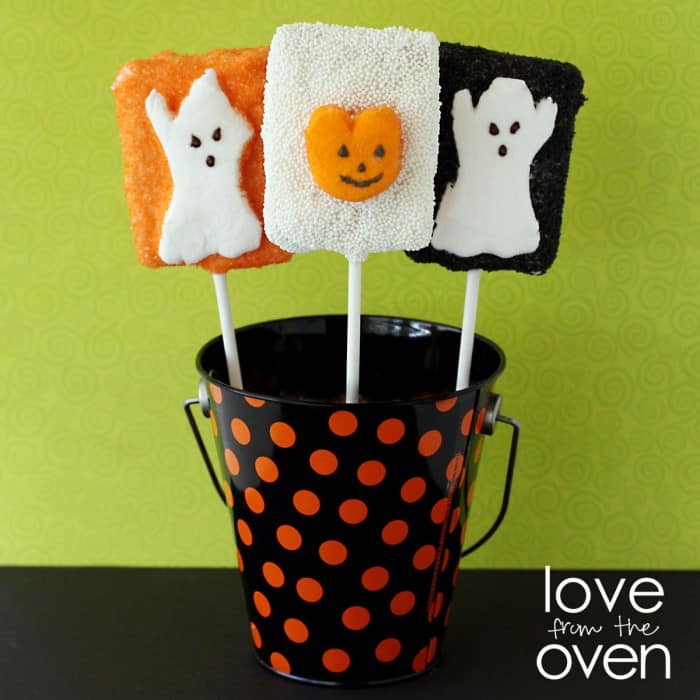 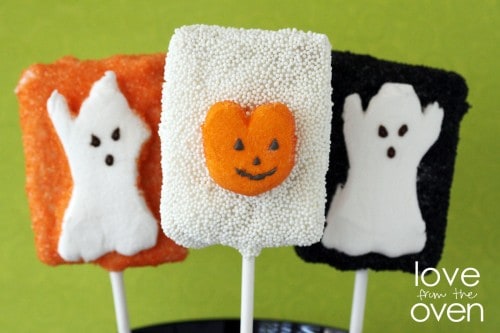 I use the premade Rice Krispies Treats, and I usually flatten them out a bit… 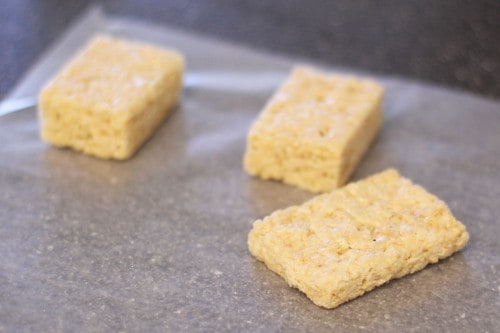 Next I dip the sticks into chocolate, add them to the Rice Krispies Treats and sit them in the fridge to chill for a few minutes and let the chocolate set up. 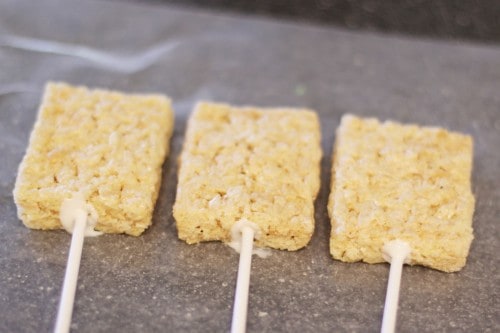 Once the chocolate has set, it’s time to either dip them into the chocolate or spoon some on. Sometimes I cover the entire Rice Krispy Treat, sometimes I just do the front – but either way works just fine.

When I use Peeps to decorate these I usually cut the Peeps in half. I won’t lie, it’s kind of a sticky mess to do so, but it’s do-able and they really stay put on the chocolate. I dip the Krispy Treat into the chocolate, add the Peep and then cover in sprinkles before the chocolate sets up. 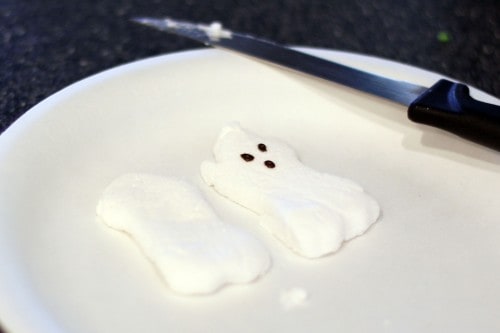 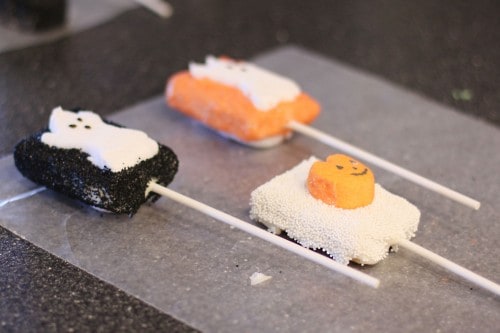 Sit them on a piece of wax paper and let them dry. That’s it – this is a great treat that you can throw together pretty quickly yet it will look like you spent a lot of time on it. That works out really well if you are a master procrastinator like myself. 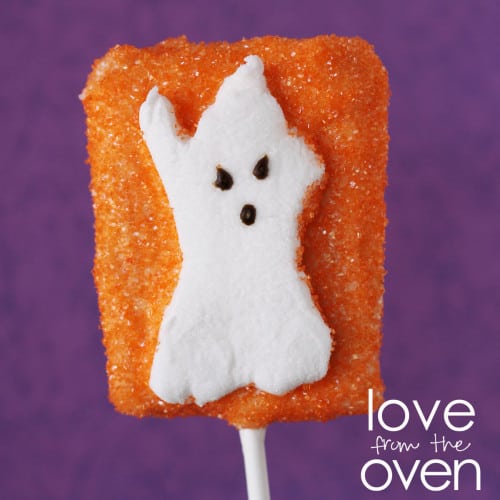 That ghost doesn’t look terribly happy. Probably because I chopped him in half. 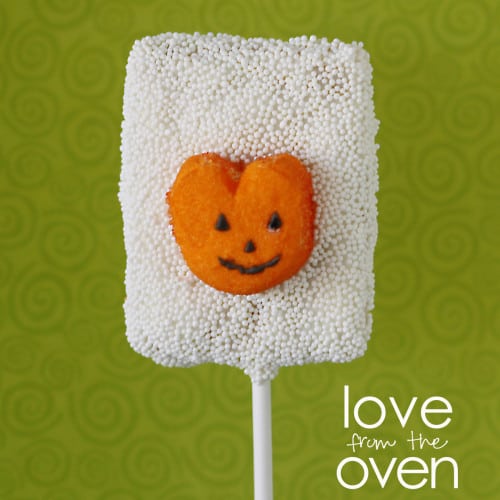 I did not cut the pumpkins in half, in case his smile didn’t give that away. 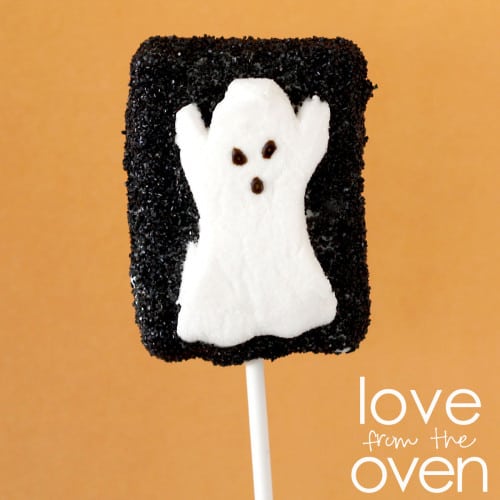 I’m pretty excited to have found a use for my black sugar crystals. A word of warning though, they can be pretty messy so it’s probably best to not give something covered in black sugar crystals to say a three year old. Or an eight year old. Or my husband. So basically anyone who will make a mess   🙂     But don’t worry, I have plenty of other colors of sprinkles…