Earlier this week a story popped up on Facebook about Broadway actor Kelvin Moon Loh, and his reaction to an incident involving a boy with autism who was in the audience during a performance of “The King And I”. The story struck such a chord with me that I needed to put down the bag of chocolate chips and talk about it here on the blog.

You can read the story here, but the long and short of it is that the boy, who has autism, started making loud noises during one point during the show. Other audience members responded with glares, murmurs and requests for the mother and child to be removed from the audience. Loh took to Facebook to address this, and share how angry and sad he was at the way members of the audience acted towards the mother and her son.

“Because what you didn’t see was a mother desperately trying to do just that. But her son was not compliant. What they didn’t see was a mother desperately pleading with her child as he gripped the railing refusing- yelping more out of defiance. I could not look away. I wanted to scream and stop the show and say- “EVERYONE RELAX. SHE IS TRYING. CAN YOU NOT SEE THAT SHE IS TRYING???!!!!” 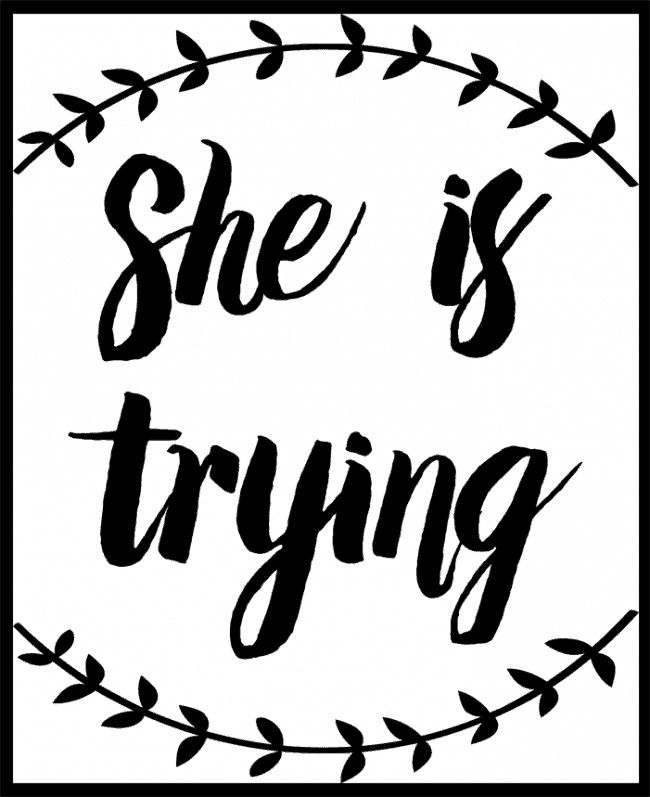 That line hit me hard. As a mom, and as an autism mom.

And you know what, there is a good chance she is also struggling.

I read about this while I was on vacation. 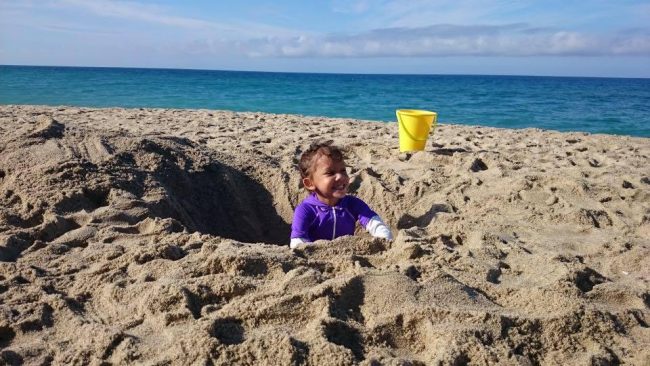 As great as vacation sounds, the reality is that vacation takes us out of our routine, and with a child who has autism, that can be hard. And at times, many of them actually, it was hard, at times it was sad, at times it was frustrating, and through all those times, I’m there, as a mom. Quite often failing. Quite often with other people looking on as my child acts out, melts down, doesn’t get social norms or how we should behave in public, or is just plain taking one of her many, daily, defiant stands. I see the looks, I hear the comments. As she gets older and bigger, it’s much harder, people’s opinions and expectations get tougher. But I AM TRYING.

While I certainly feel and live the challenges of of parenting a child with autism, ADHD, sensory processing disorder and oppositional defiant disorder, which can all result in some very disruptive and challenging behavioral issues, I think all of us, as moms, ARE TRYING. 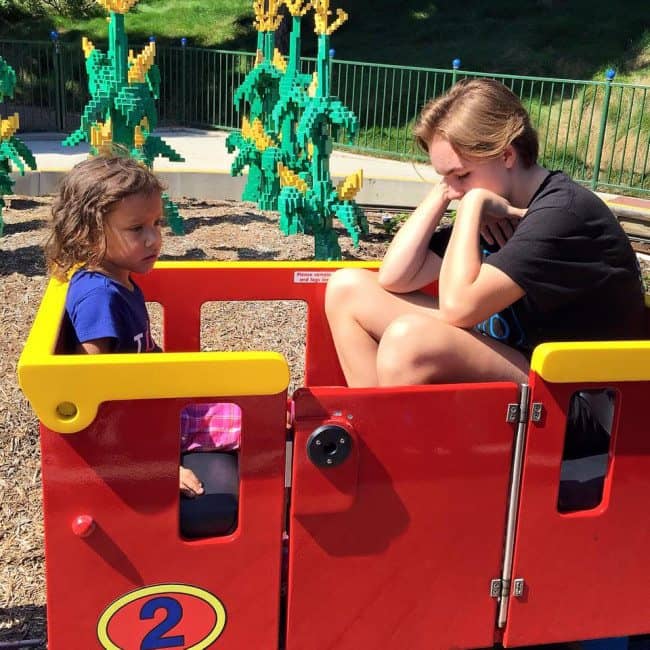 Yet we are also so quick to judge, to throw stones, to roll our eyes and murmur about what we see, just like in that theater. And often what we see is only a tiny piece of the story. We wonder where tweens and teens get their mean girl behavior from, yet fail to see that often the moms clubs have the highest number of card carrying mean girls. We cut each other, and ourselves, so little slack. We juggle more than we have probably ever juggled, and instead of being a village to each other, we are watching, waiting and commenting when someone else drops one, or all, of those balls we are hoping, trying and praying to keep in the air.

Often, when we might appear to be at our worst, our lowest, our most compromised, that is when WE ARE TRYING our hardest.

“For her to bring her child to the theater is brave. You don’t know what her life is like. Perhaps, they have great days where he can sit still and not make much noise because this is a rare occurrence. Perhaps she chooses to no longer live in fear, and refuses to compromise the experience of her child. Maybe she scouted the aisle seat for a very popular show in case such an episode would occur. She paid the same price to see the show as you did for her family. Her plan, as was yours, was to have an enjoyable afternoon at the theater and slowly her worst fears came true.”

So many days, we make those brave choices. And on many of those days, no matter how much we’ve planned, and no matter how hard we try, our fears come true. Things don’t go the way we hoped. That bravery we pulled up from deep down inside, is shot down, and we are left standing there figuring out what to do, how to pick up the pieces. And that’s the time when we need to lend each other a hand, not judge, point and whisper. We need to see that we are all trying, and maybe even try together. 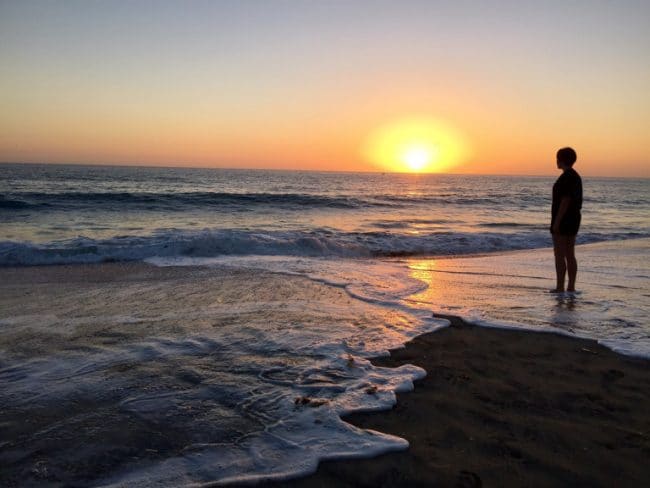 As a special needs mom, I can tell you that without question, we sit out, and we miss out, on a lot of things. Often out of fear. Fear that I can’t control the situation for my child, fear for how she will handle it, fear for how I will handle it, and, always on my mind, fear for how we may impact those around us if things go south. We only eat out at odd hours, we never fly anywhere as a family, and we don’t go to the fun events and shows that we did with my oldest daughter. A big part of that is out of my concern for those around us.

My wanting to protect the experience of these people, that I don’t know and likely never will, just like those theater goers, very often trumps experiences my family could have. And this only leads to a more isolated life for my daughter and for my family, which benefits nobody. Well, maybe it benefits those diners who don’t have to listen to a meltdown over the wrong kind of pasta or the crayons not being the right kind in our local Red Robin. But is it really a benefit to us a whole to almost hide our children, so that other people don’t have to experience what many of us experience on a daily basis? To experience our lives? 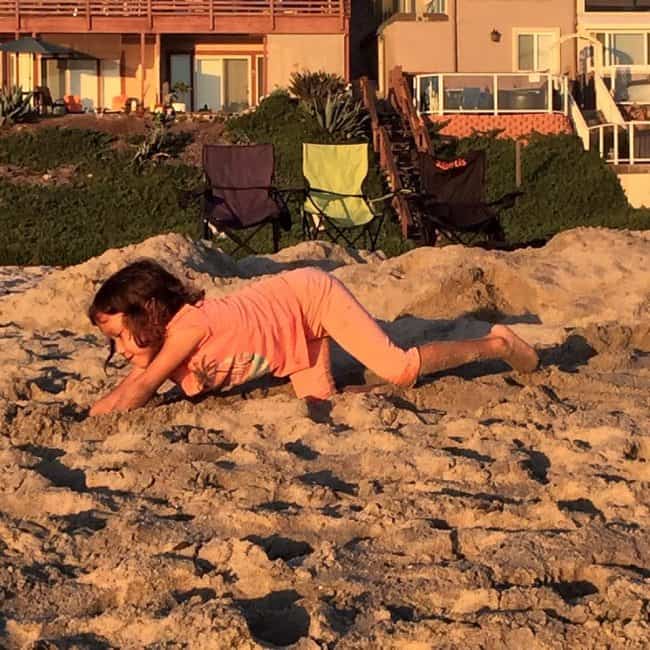 That fear of things going wrong, and judging eyes being on you and your child, is a very real fear for many, as I’m certain it was for that mom in that theater. Some days it is really hard to TRY. But dammit, we need to fight the good fight, be brave and hope that when we try, others might see that. We need to try for our kids, and for ourselves. And when we are out there, we need to not only see that others are trying, we need to look for it. We need to assume that SHE IS TRYING. We need to have empathy and understand that she may also be struggling.

Special needs parents, and maybe even all parents, can feel very lonely and disconnected in this super plugged in, behind our screens, connected world. Maybe instead of seeing what goes wrong for someone, maybe we can TRY and see how we can connect with them. Maybe we can look at that child, mom or dad and instead of thinking, “wow, way to disrupt/ruin/impact this show/assembly/experience” we can think, “wow, SHE IS TRYING”.

The next time you are in the theater, on a plane, at a restaurant or at that school assembly, and a child starts acting up, acting out, or acting different, maybe the first thought that you have in response can be one of support, and one of seeing, that SHE, HE, WE… ARE TRYING. Maybe instead of offering judgement and dirty looks, we can offer a hand or a smile. And maybe we can always try to remember that… SHE IS TRYING.