Life is full of tough choices, like if you want cheesecake or brownies for dessert, but I say have both with these easy and delicious Cheesecake Brownies! Decadent chocolate brownies with just the right amount of cheesecake filling added in. 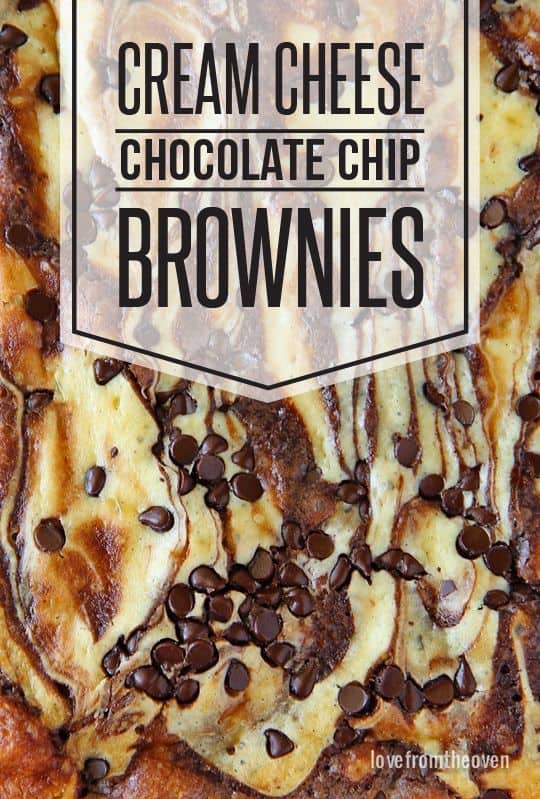 I might have gone a little over the top with this Cheesecake Brownie recipe. It starts with a brownie base that is topped with a drizzle of hot fudge sauce, then topped with a delicious cream cheese cheesecake mixture that has had both vanilla beans and mini chocolate chips stirred into it. 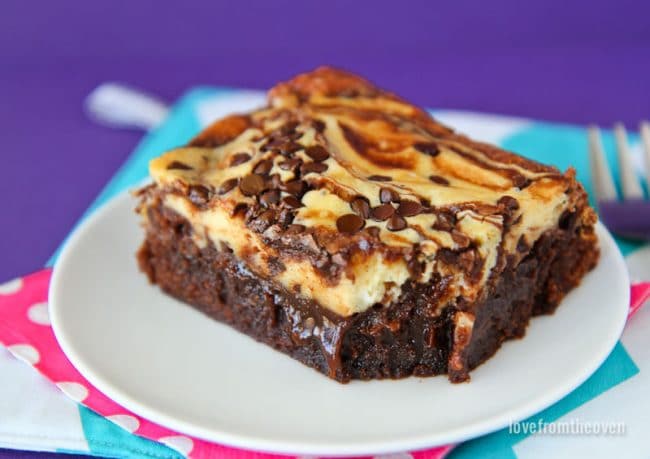 After that the remaining brownie batter is added to the very top. Next the brownie batter and cream cheese mixture are swirled with a knife, and then into the oven it goes.

The brownies in this recipe can be made using a box mix, but you could also use a favorite brownie recipe if you have one. I am fond of my EASY BROWNIES recipe for this one. 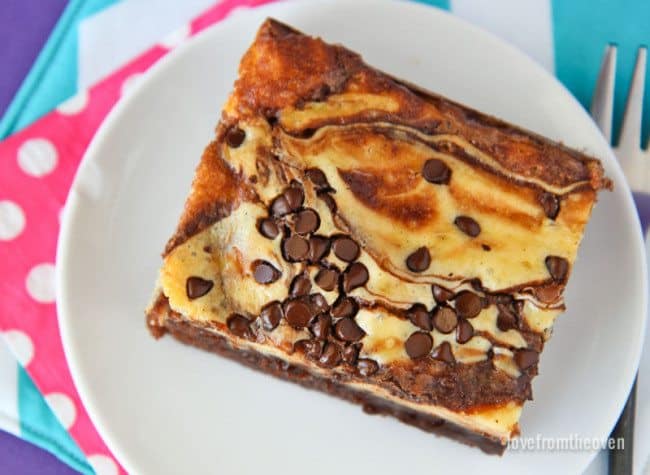 That’s pretty hard to resist right there! A perfect combination of chocolate and cheesecake! You can have your (cheese)cake and eat it too! 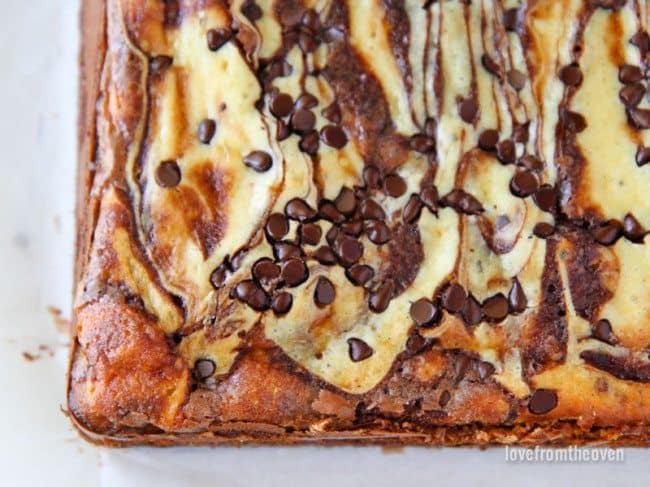 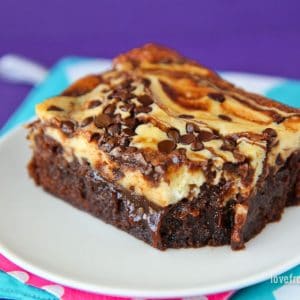 So the next time you can’t decide between cheesecake and brownies, go with cheesecake brownies. Have the best of both worlds!