Everyone in my house loves pumpkin pie, and individual pumpkin pies are always a hit. I actually like to make pumpkin pie throughout the year, and not just for Thanksgiving. We all agree that pumpkin pie should have lots of spices, be nice and thick, and my kids are always fighting over who is going to get the bigger slice. Good times! 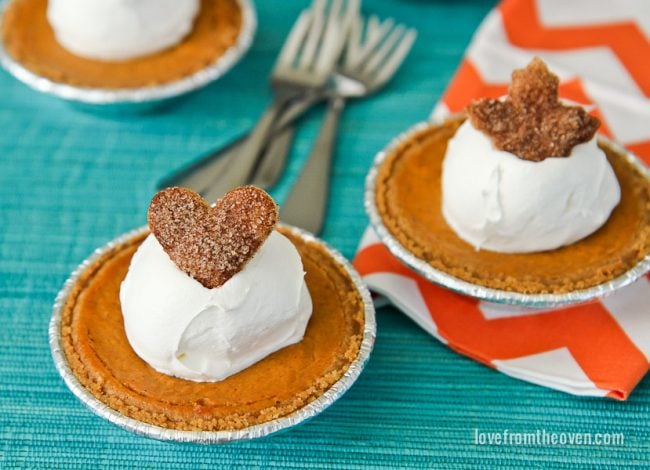 Every time my little one sees a can of pumpkin she looks at me and says, “mama make pie?”. She’s pretty hard to say no to. 🙂  She’s also very independent right now, and everything is, “all by myself!”. She’s miss independent lately, wanting to do everything on her own, and sharing is, well, a challenge these days! So I thought this might be a great time to make individual pumpkin pies, that way my little lady could have a little pie she could eat all by herself, no fighting with her sister! 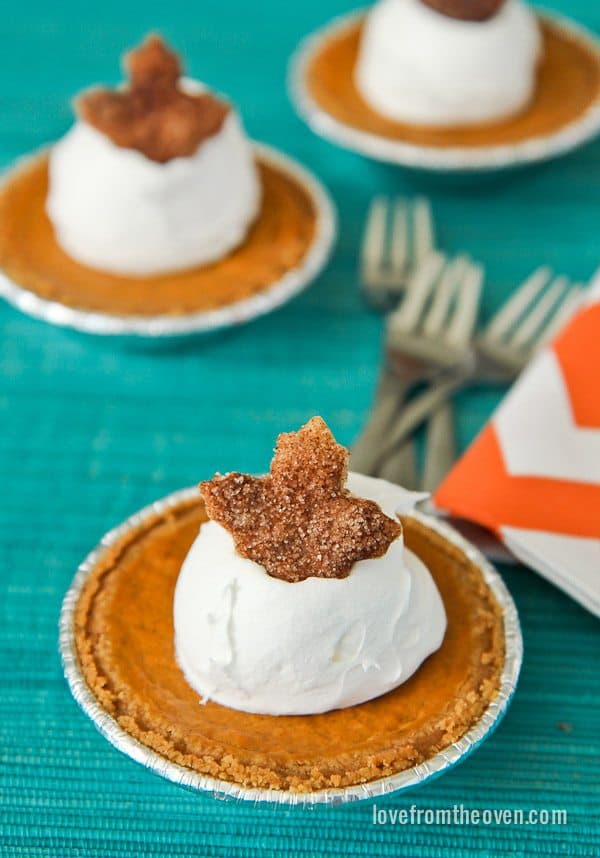 This pumpkin pie recipe is so easy that it’s a great one to make with the kids. Who doesn’t love making pie in their pajamas? 🙂 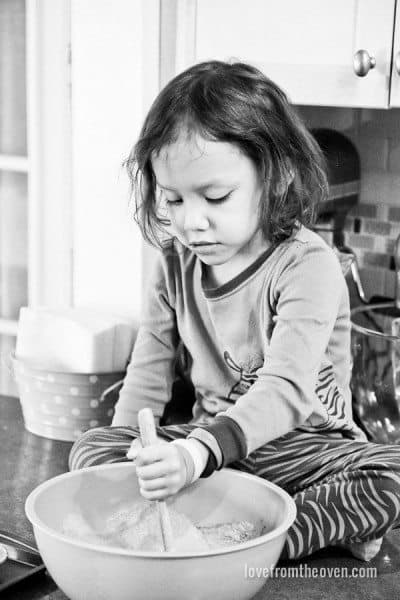 While nothing beats a homemade pie crust, I often find myself short on time, and love pre-made pie crusts! We used mini graham cracker crusts for our pies. 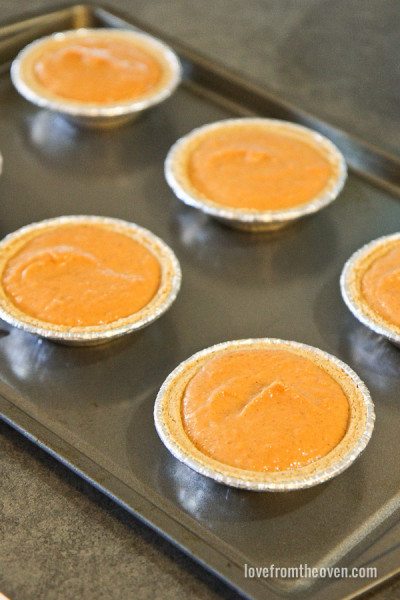 I love a graham cracker crust, but I find that I always want that little bite of traditional crust, which we added to these mini pumpkin pies by making pie crust cut outs shaped like hearts and leaves. 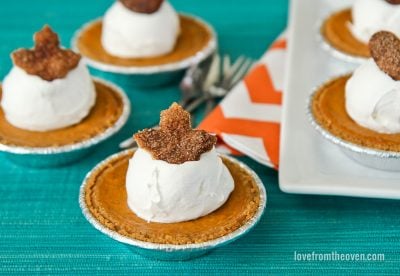 These could not be easier – all it takes is some cookie cutters, a rolled out pie crust (I picked mine up in the fridge section), some butter to brush on and a little cinnamon sugar mixture sprinkled on top. Not only is it a super cute decorative topper, but it tastes delicious. 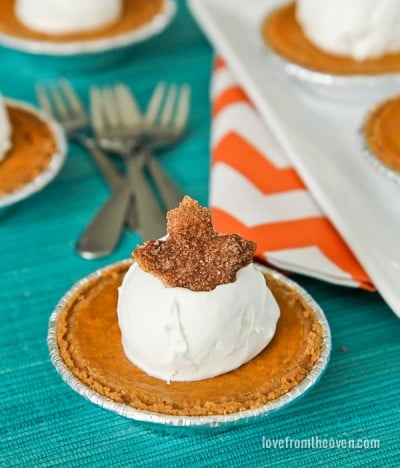 These are fun for anyone, but are extra fun for the kids. If you are looking for Thanksgiving desserts for the kids, these individual pies are a great way to go, I mean who doesn’t love their own little mini pie! 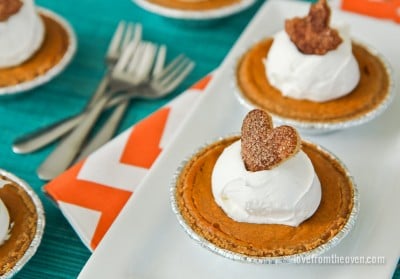 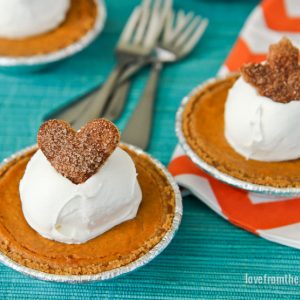 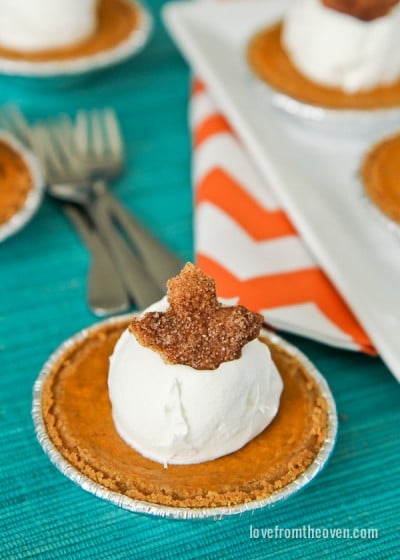 Disclosure: As a Kraft Tastemaker, I am compensated for my posts with Kraft Foods. That said, all opinions and recipe choices are mine and mine alone!