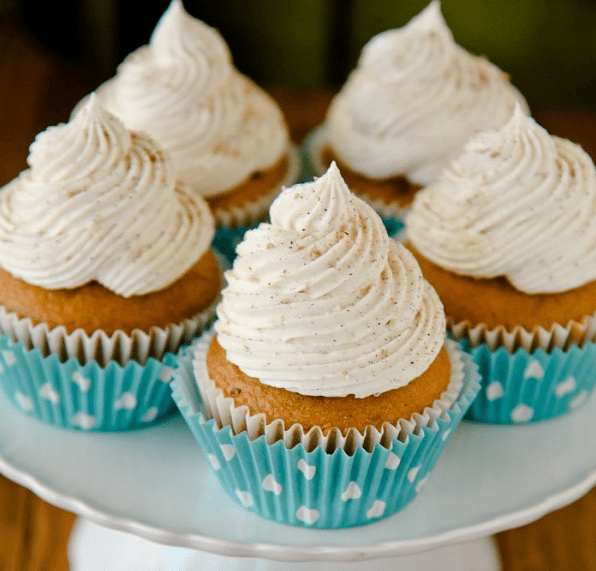 It’s on. Pumpkin baking that is. While I actually bake with pumpkin year round, I try to not go all pumpkin crazy here on the blog in say Febraury. It’s just such a great ingredient! Today I’ve got a simple spin on my favorite easy pumpkin cupcakes, these ones have a delicious cinnamon sugar cream cheese frosting. I always loved cinnamon sugar toast growing up, it was one of those things that I was all excited that I could make myself when I was young (complicated, I know!). That cinnamon sugar flavor work wonderfully paired with pumpkin and added to cream cheese frosting. 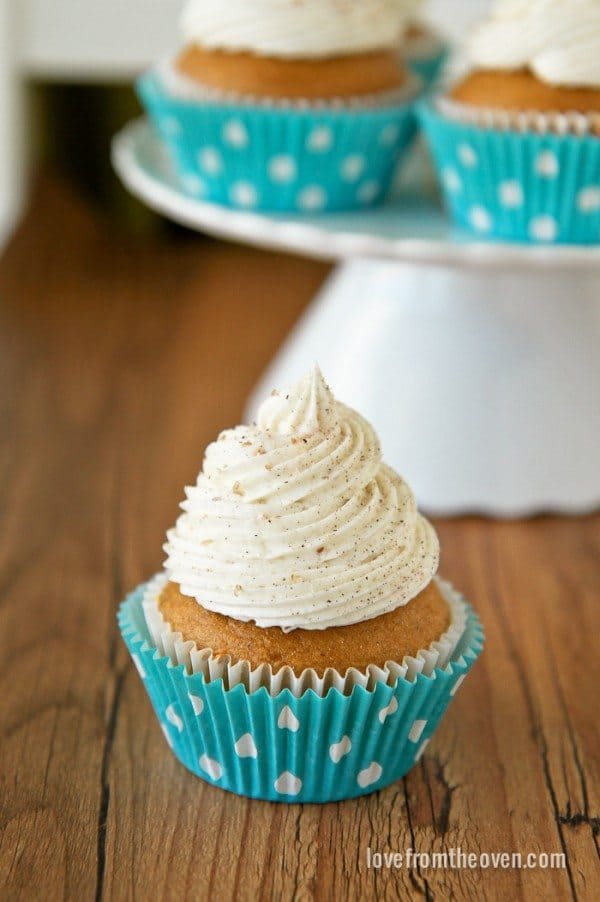 Honestly I love these easy pumpkin cupcakes so much that I could really even eat them without frosting, which says a lot given that I think cake is mainly a carrier vehicle for frosting. 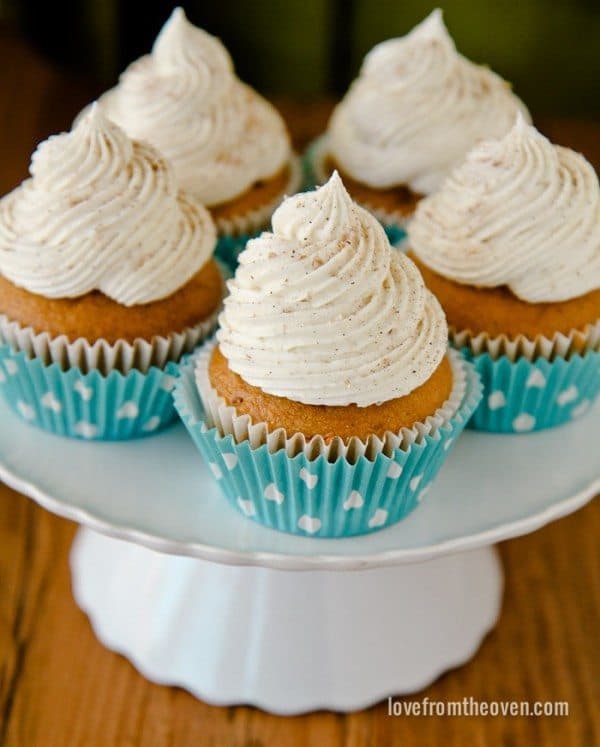 That said, frosting, especially one with cream cheese, is a perfect partner for these cupcakes. I do recommend storing any sort of cream cheese frosting in the fridge. I’m a little paranoid when it comes to things like leaving anything with dairy at room temperature (okay, I may be a lot over the top paranoid, but at least I can own it). Plus, while these pumpkin cupcakes may be full of fall flavor, Phoenix is still full of summer heat, so pretty much everything is better off in the fridge right now. Heck, if I could get in, I probably would. 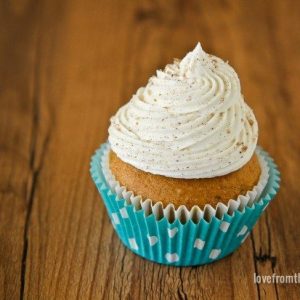 Any cinnamon sugar you mix up for these will work. I do have a fun cinnamon sugar grinder that I found at Trader Joe’s that I used. I’ve even seen them for sale on Amazon (I’ve always wondered who it is that sells the Trader Joe’s goodies on Amazon). Enjoy and have a great weekend!