I have to say, I really love making cinnamon rolls with cake mix. While still the traditional cinnamon roll (yes, you still have to use yeast) they save a few steps and I have been really happy with the taste of each batch I’ve made. Last night I decided to give yellow cake mix a try and in my head yellow cake means birthday cake, which means sprinkles are required. This seems like a pretty fun way to start a birthday (or any random day!). 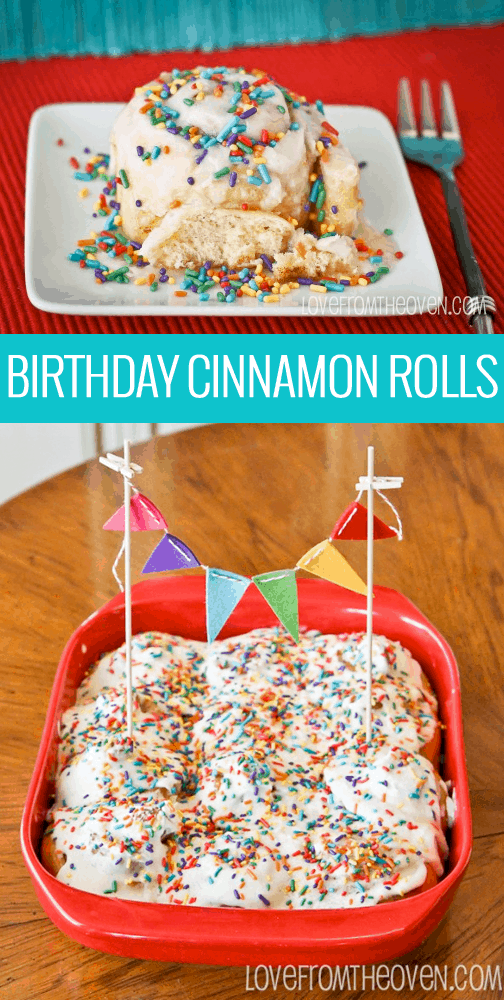 Start your day with cake? I say yes. Back in February we started my daughter’s 9th Birthday with some festive cinnamon rolls that used Pioneer Woman’s cinnamon roll recipe… 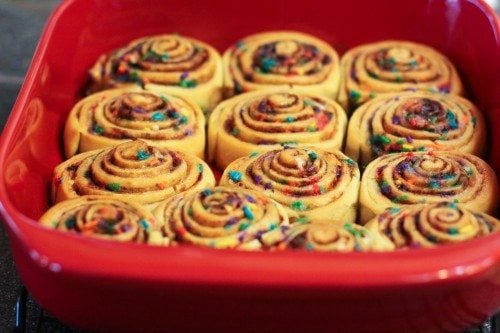 I love Ree’s cinnamon roll recipe, but for a smaller and quicker batch of cinnamon rolls, I am a pretty big fan of going the cake mix route. 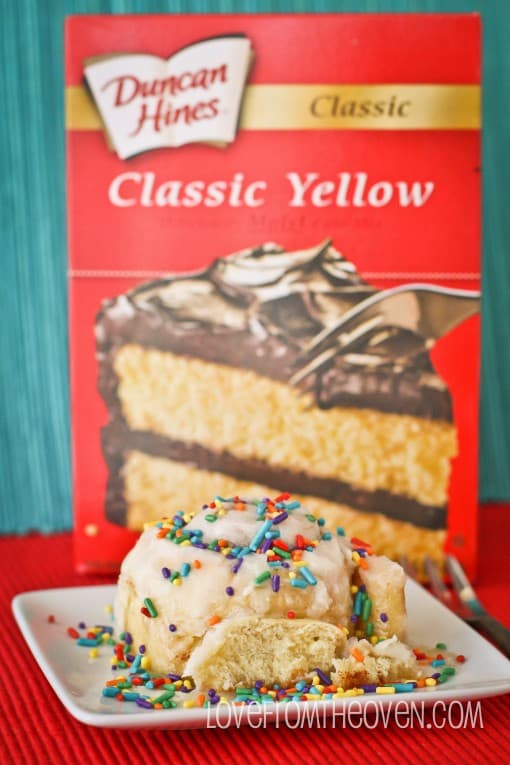 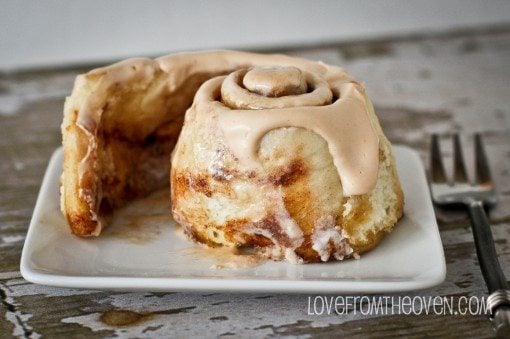 I stuck with a vanilla frosting for today’s cinnamon rolls. 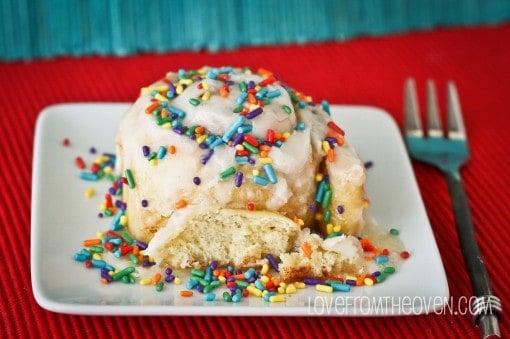 Another fun twist is using a chocolate cake mix… 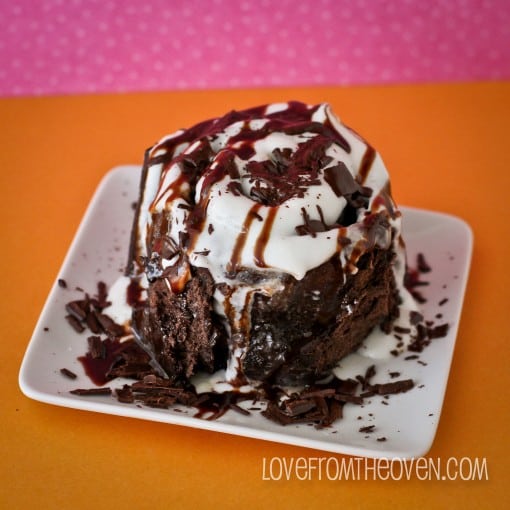 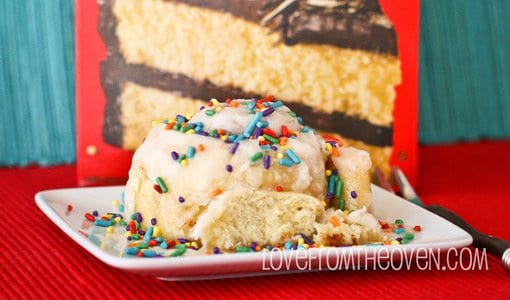 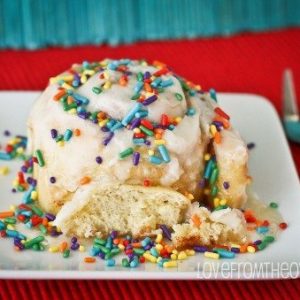 No ratings yet
Author Christi Johnstone
Fun and festive cinnamon rolls to celebrate a birthday or special occasion!
Print
Pin It
Share
Save Saved!

Remember to check out this post for the cake mix cinnamon roll recipe. On Friday I will be headed back to the Duncan Hines Test Kitchen for a visit and will hopefully bring back even more fun ideas and ways to use cake mixes! 🙂