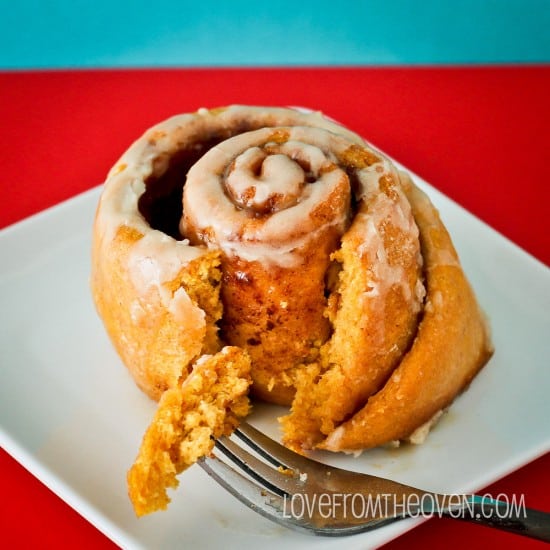 If you are wondering how a pumpkin cinnamon roll tastes, let me tell you, it’s AMAZING! And these ones are borderline health food (work with me here), made with pumpkin and whole grains! As often as possible I try to substitute whole wheat pastry flour or white whole wheat flour for all purpose flour in recipes. The heartiness of the pumpkin pairs perfectly with the whole grain flour in this cinnamon roll recipe. For years I’ve been a big fan of the white whole wheat flour, but I recently started using whole wheat pastry flour, and wow, it’s kind of amazing in recipes like these. 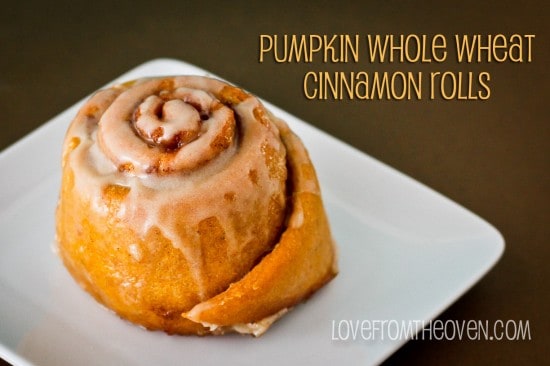 These were a big hit with everyone in the family, with my cinnamon roll loving daughter declaring them the best cinnamon rolls ever. If you are big pumpkin fan, you want to work these pumpkin cinnamon rolls into your fall baking line up! 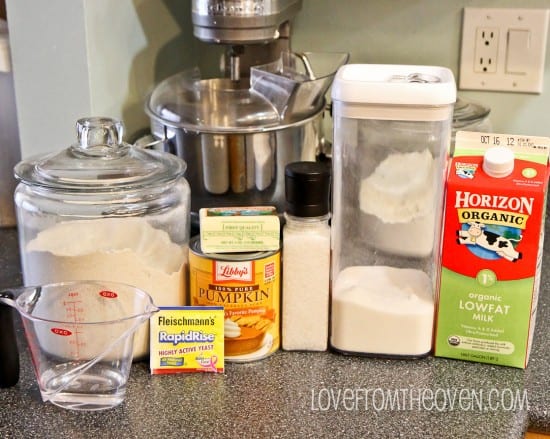 These are pretty simple to make, very straight forward, and they do not take all day (though they probably take a bit more time then you want to spend if you are making them for breakfast – so that might be a prepare the night before thing). 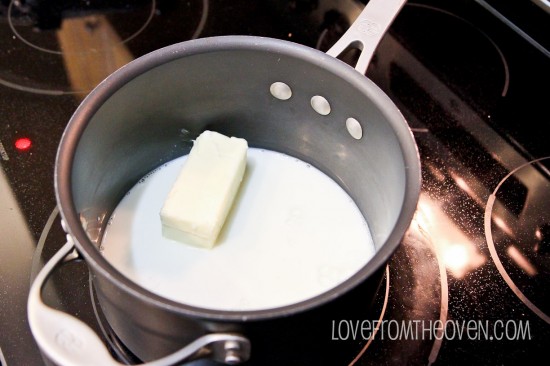 You’ll melt your butter and milk in a saucepan on low and add the sugar in when melted. While that’s happening, you want to get your yeast and water all friendly with each other. I have long had a fear of baking with yeast, but the more I work with it, the easier it gets. My biggest advice is do not make your water too hot, you don’t want to cook the yeast at this point (or kill it). I don’t use a thermometer, but I make the water about as warm as I would make a bath for my toddler. Not hot, but comfortably warm to the touch. Let the yeast and water hang out a bit. 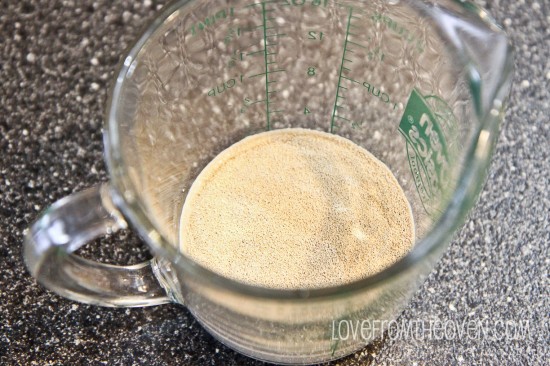 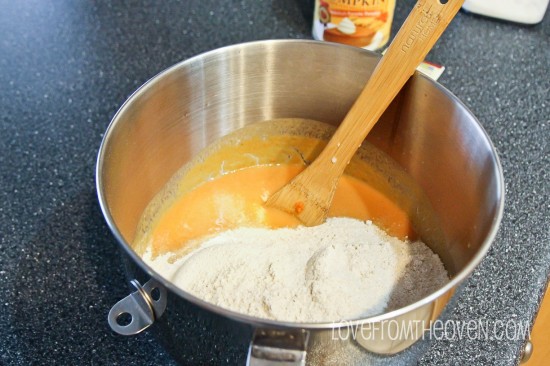 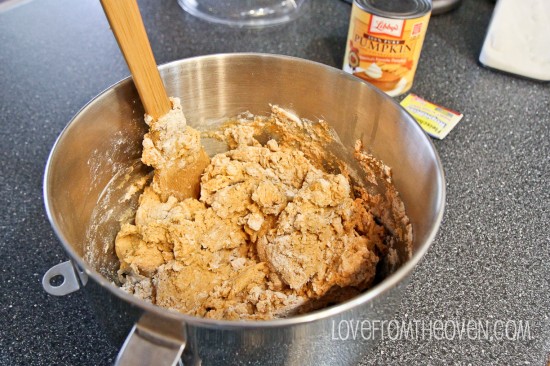 My mixture was pretty dry, and it took working it together by hand to get all the flour incorporated and well combined. 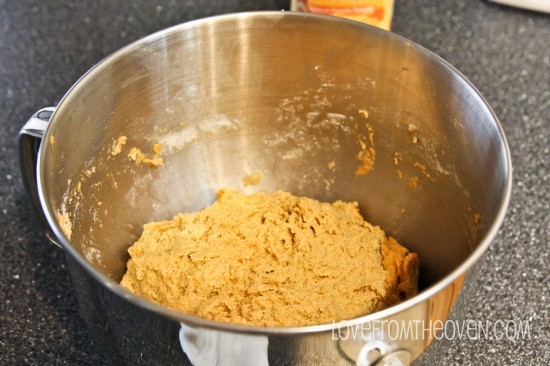 At this point it’s time to let it rise. I like to turn my oven on to 350, leave it on for about one minute of preheating (so it’s NOT at 350, it’s starting to warm up) then turn it off, cover my bowl with a towel and sit it in the oven that is ever so slightly warm. After sitting for at least an hour (I usually do 1.5-2 hours) it should be doubled in size and ready to go. 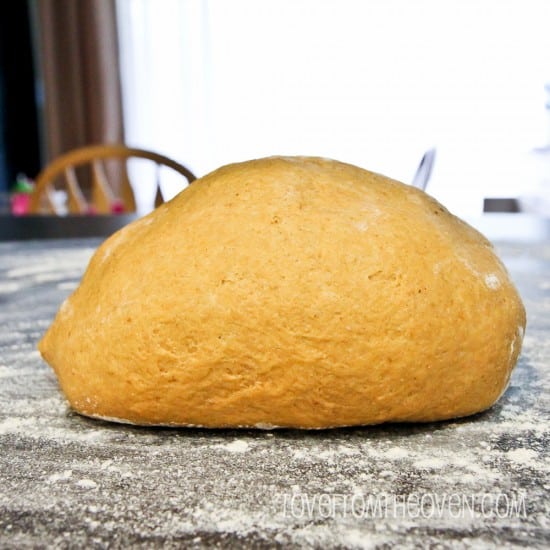 I kneaded my dough six or seven times. Nothing major, just a little bit of kneading. It’s not too needy, I’m not a fan of needy. Or kneady. After that roll it out into a big rectangle. 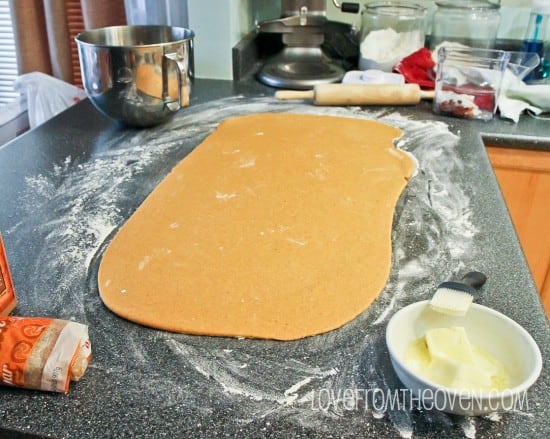 Time to add the butter, cinnamon and sugar. For this size batch (which made two 13×9 pans, 24 cinnamon rolls) I usually use about 2/3-3/4 of a stick of butter, one to two cups of brown sugar and as much cinnamon as strikes my fancy. You can use white sugar for this as well, but I like the more caramely taste of brown sugar. Also, some people go a lot heavier with the sugar coating than I do. Do whatever YOU like.

Brush on your butter (I prefer mine softened. Melted butter is just a big mess in my opinion). Then add your cinnamon and sugar. 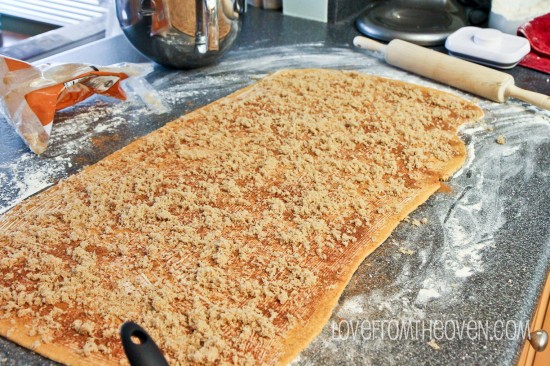 Then roll it up… 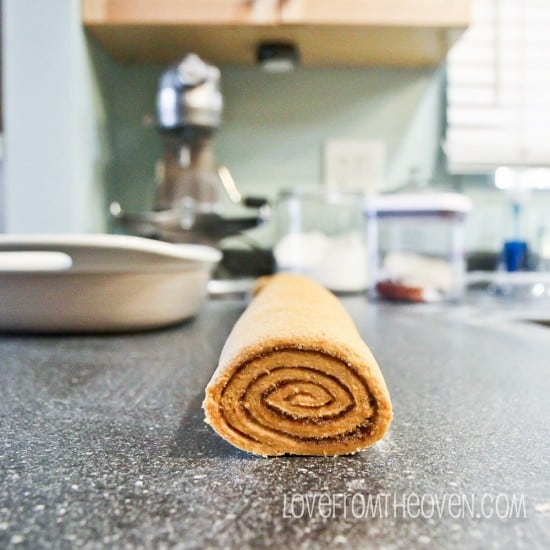 And cut into individual rolls. I butter my baking dishes prior to sitting the cinnamon rolls in them. 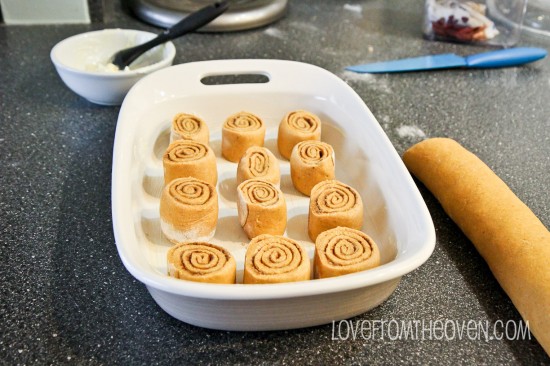 From here I let them sit out and rise a bit more while my oven preheats. Then into the oven they go, and within a few minutes the house smells amazing. 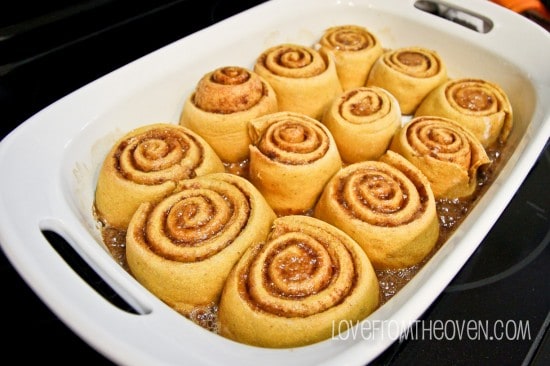 While I love a nice thick cream cheese frosting on top, I have grown to be quite fond of The Pioneer Woman’s method of pouring your icing/frosting/glaze on them right after they come out of the oven. They soak up the flavor wonderfully this way. But if that’s not your thing, don’t do it – it’s baking, have fun and do what works for you. 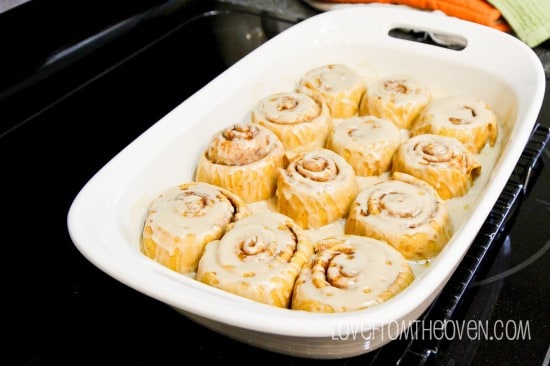 These were delish warm and right out of the oven, but I think my favorite way to enjoy cinnamon rolls is the next morning. After they’ve soaked up all the glaze. Oh. So. Good. 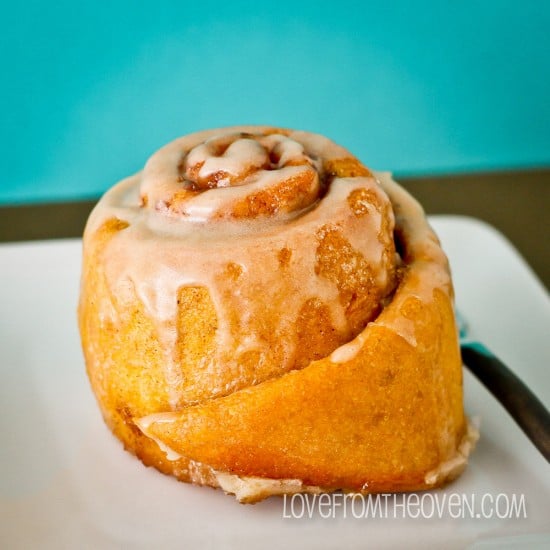 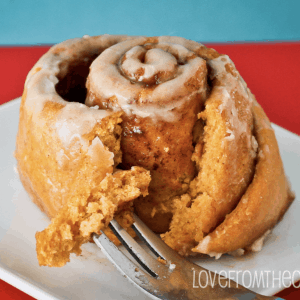 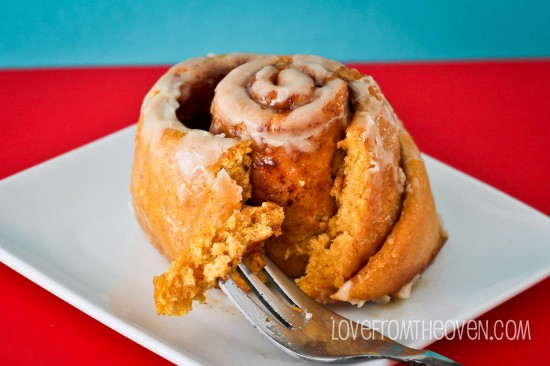 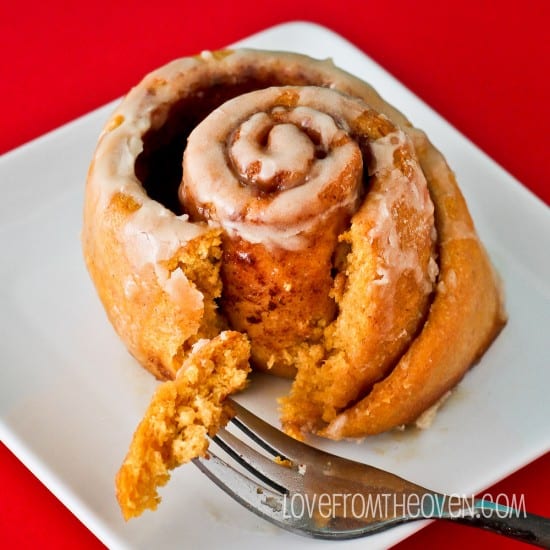 And you can feel a little less guilty as they are made with whole wheat and pumpkin. Yup, some veggies in your cinnamon rolls. Enjoy! 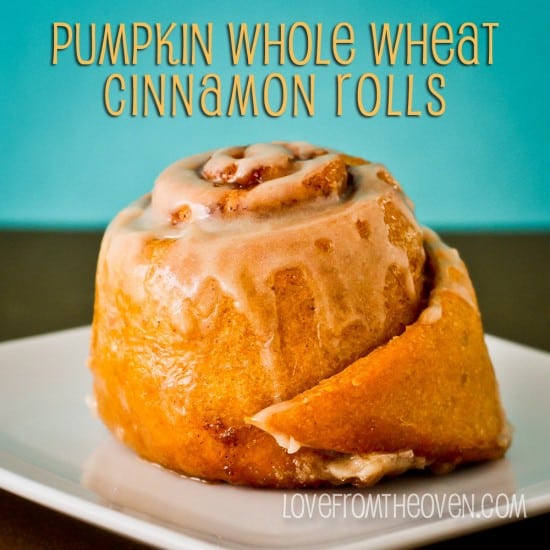 If your are a cinnamon roll fan, make sure to check out these delicious recipes as well… 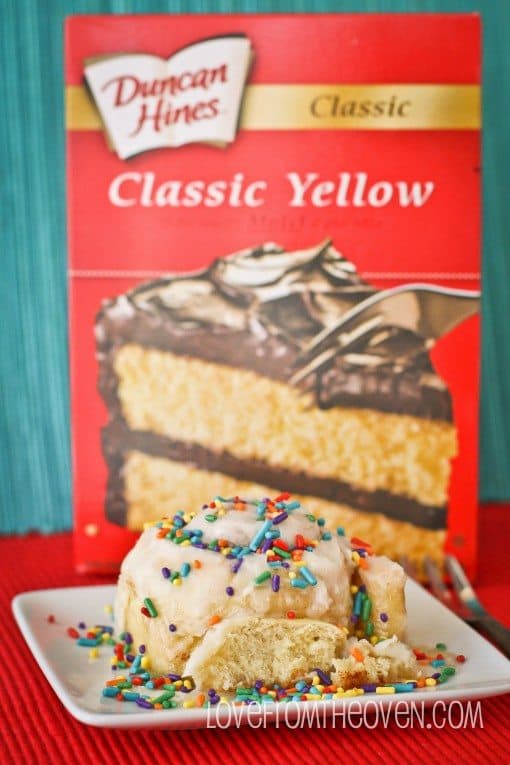 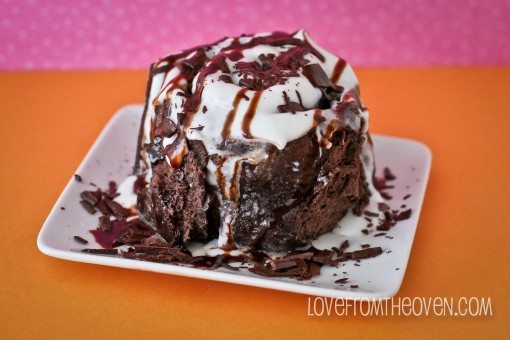 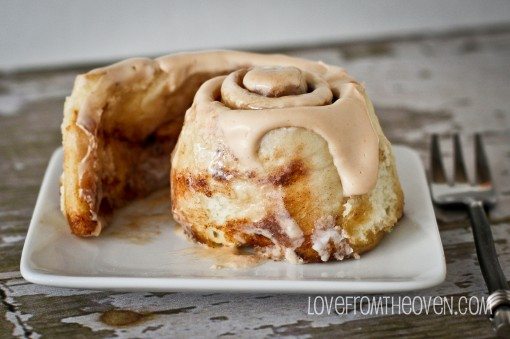 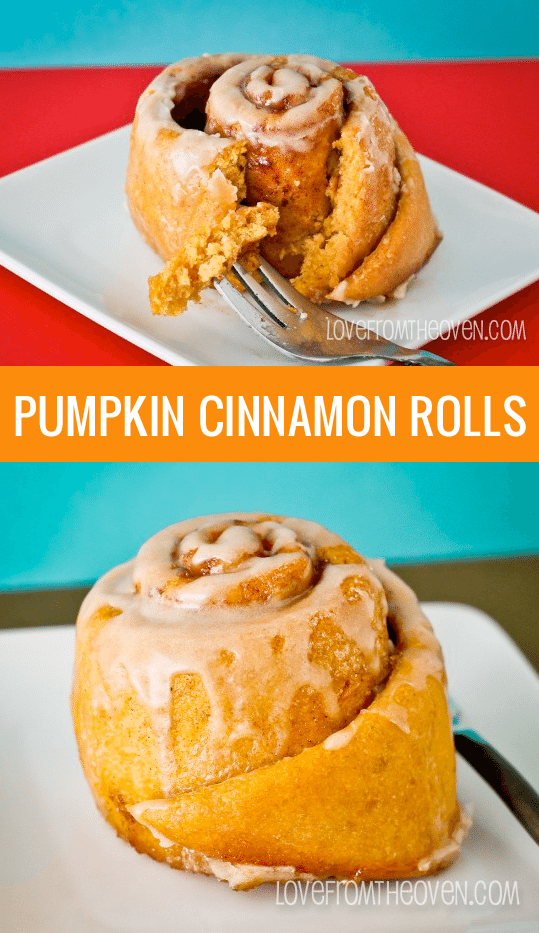