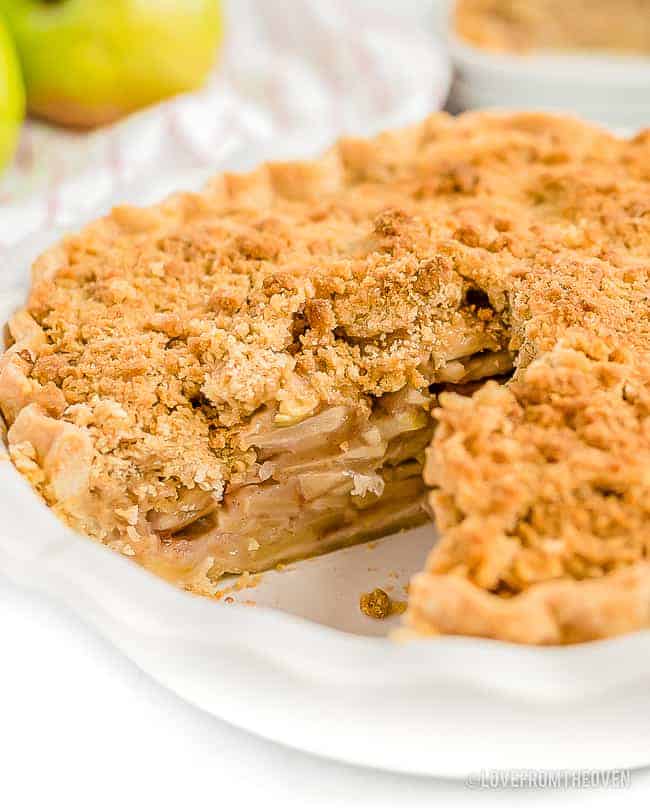 Apple pie needs no introduction. It’s the quintessential American dessert, the centerpiece of countless holiday dessert tables for generations. This spin on the familiar favorite is full of warm cinnamon apples and finished with brown sugar crumb topping. 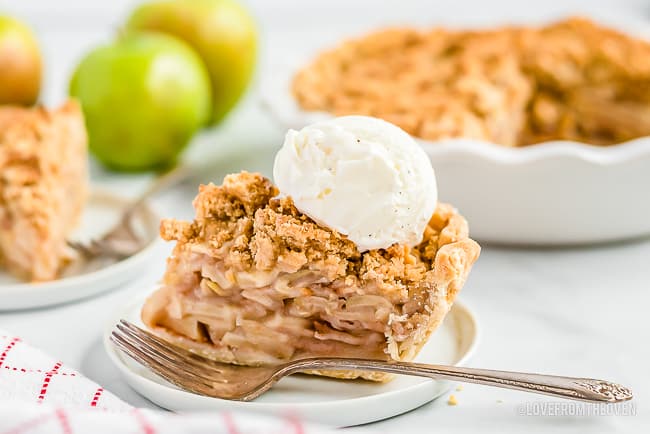 What’s the difference between regular a regular apple pie recipe and a Dutch Apple Pie Recipe? With a traditional recipe, you wrap the apple pie filling between layers of pie crust. 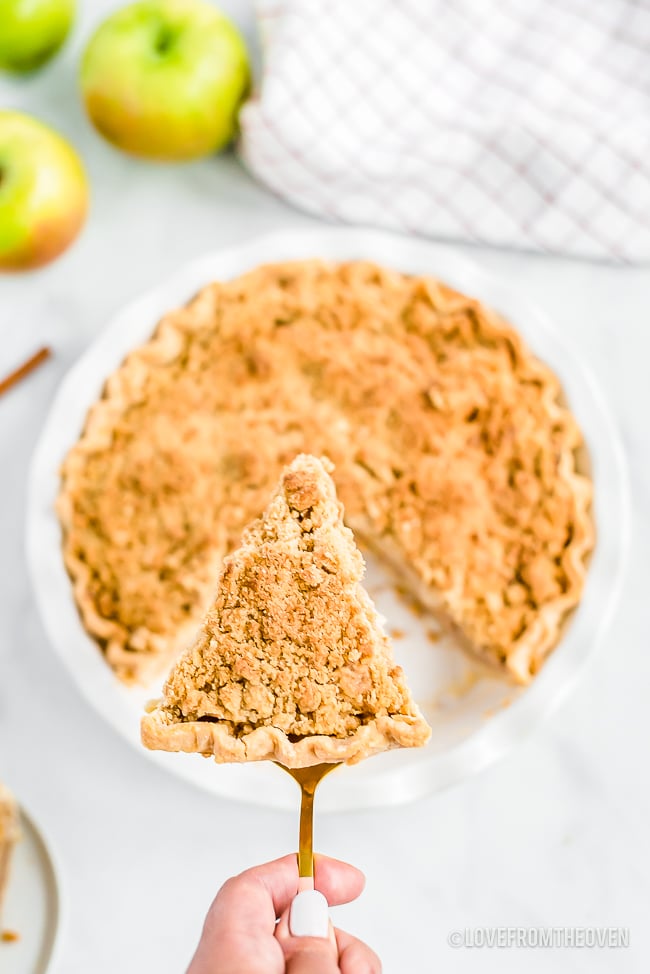 Instead of a layer of crust on top, Dutch Apple Pie is finished with a crumble topping made from brown sugar, flour and butter. Don’t fear, pie crust lovers! The bottom crust from this easy homemade recipe is light, flaky perfection. 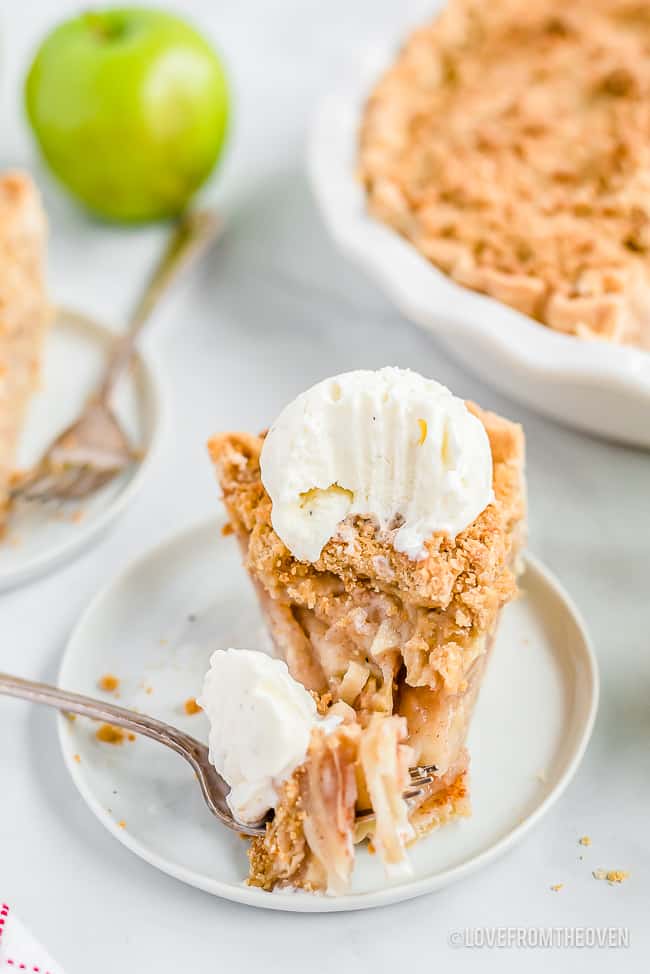 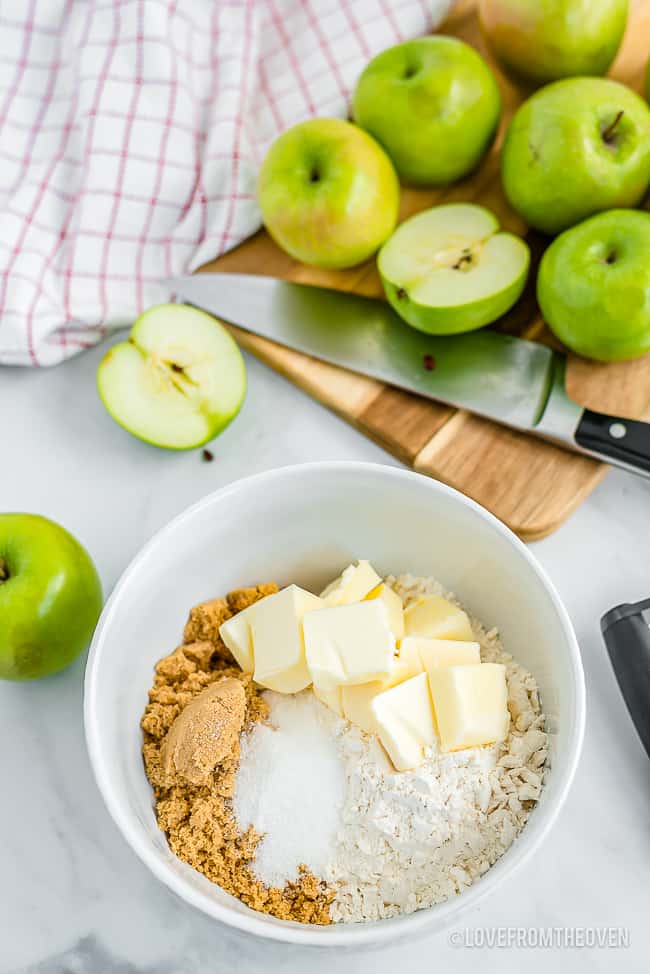 After a failed attempt at making apple crisp bars turned into a delicious Apple Crumble a few years ago, I was reminded just how delicious and versatile apple desserts are. While most people think of them as a fall thing, apple treats are a year-round hit at my house. No dessert gives me the comforting feeling of home quite like warm spiced apples, especially with a big scoop of vanilla ice cream on top! 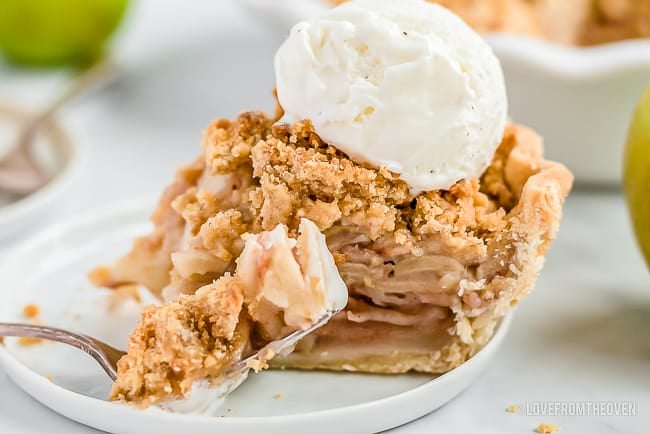 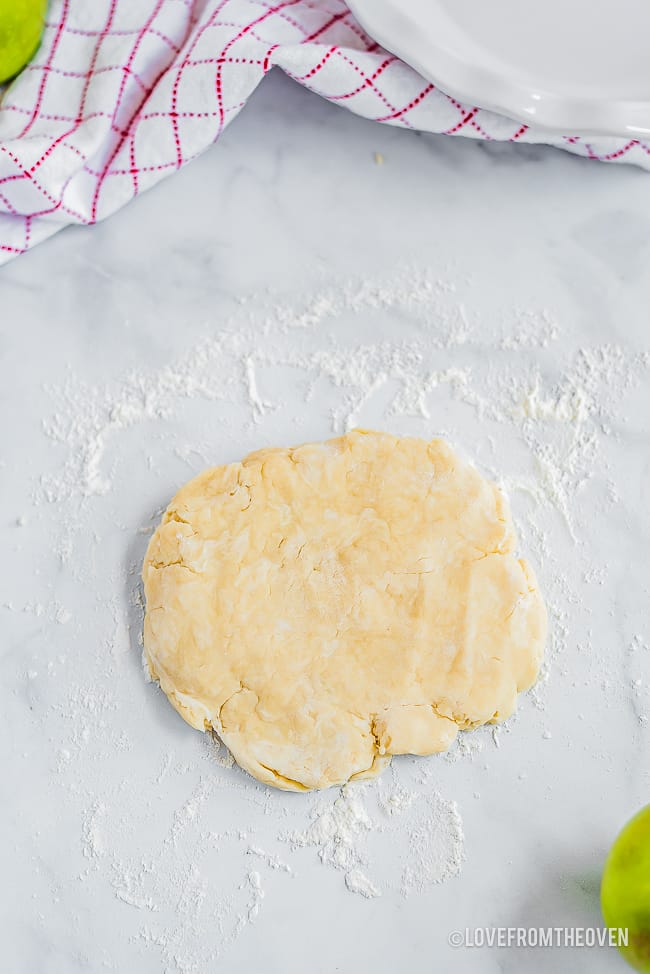 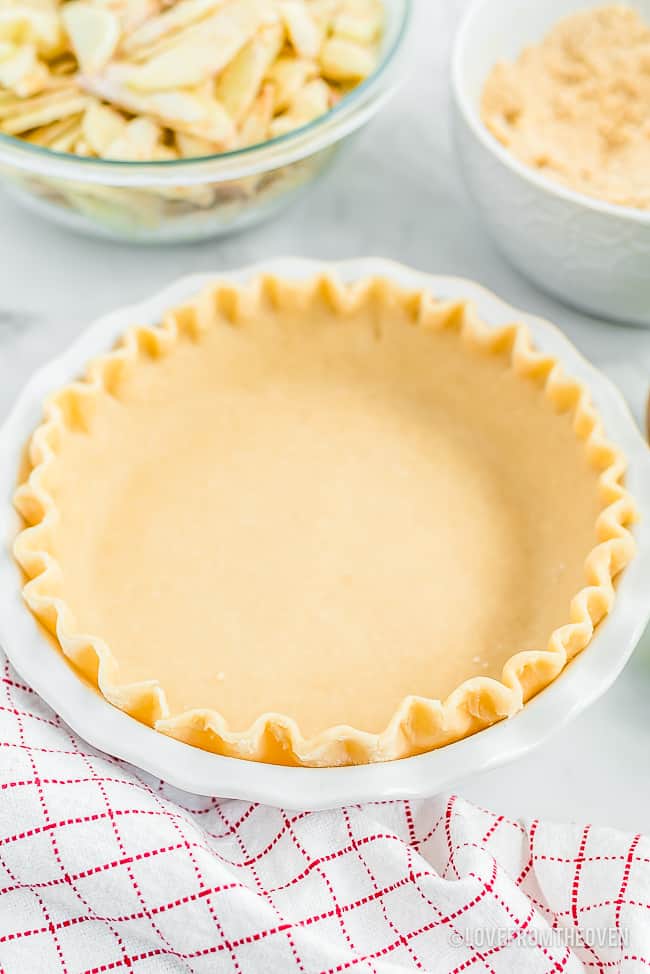 I know a lot of you are all about the crust when it comes to pies. Me? I want ALL the apple pie filling. I even figured out how to make portable crust-less Apple Pie Packets so I wouldn’t have to be without apple desserts on a camping trip. 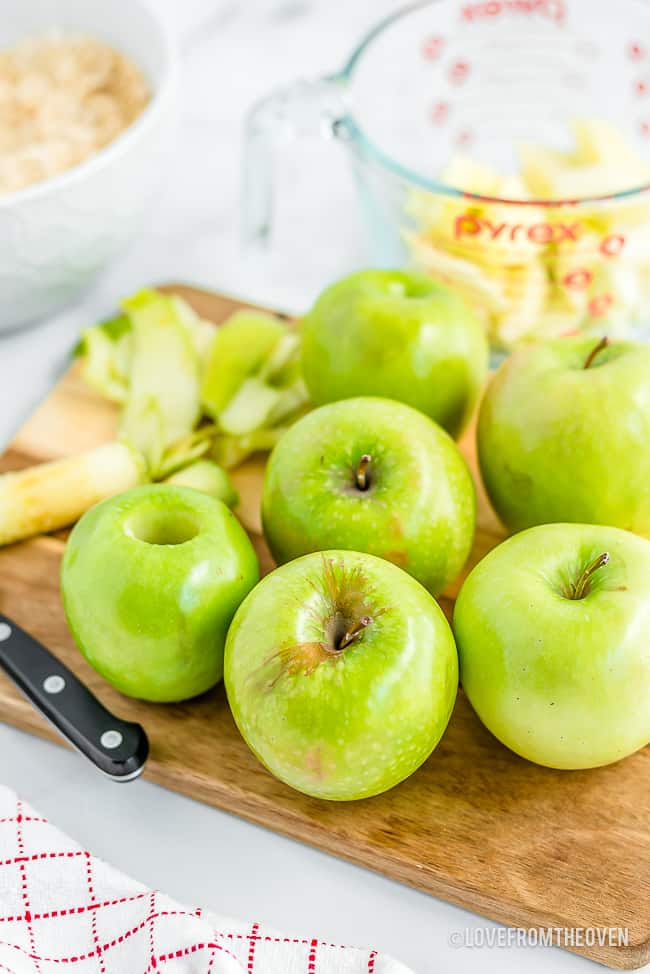 What are the best apples to use for apple pie filling?

I choose Granny Smith 9 times out of 10 as the main apple variety to use for baking. Their firm texture and tart flavor hold up beautifully in all kinds of recipes, from this easy Dutch Apple Pie to these Apple Pie Cheesecake Bars.

Much of the time, I’ll use a combination of apple varieties to get a richer apple flavor. Starting with Granny Smith as the majority, I’ll toss in a few slices of Honeycrisp, Pink Lady or Golden Delicious to complete the apple pie filling. 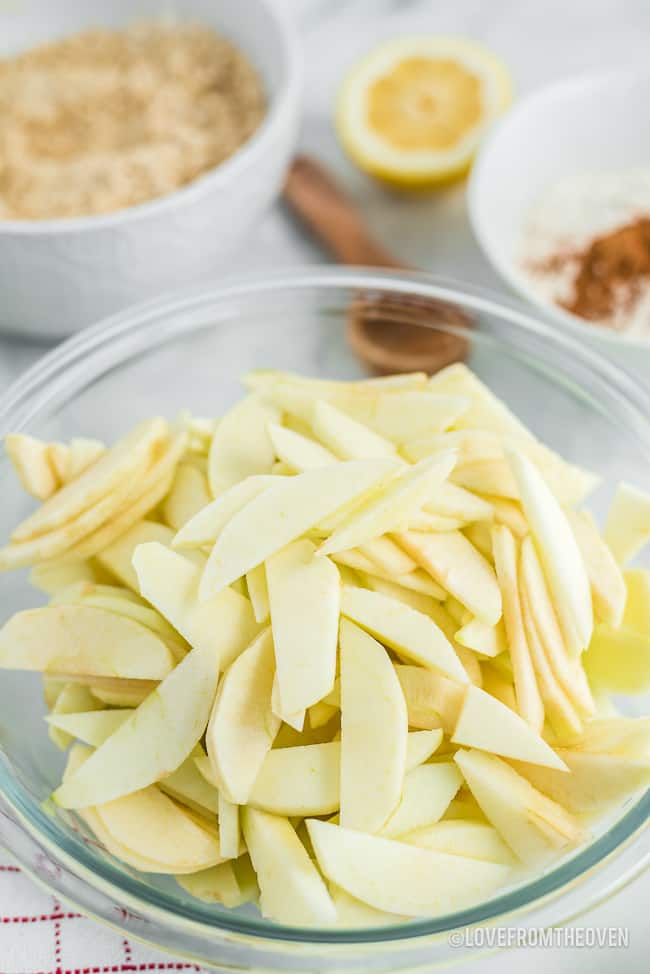 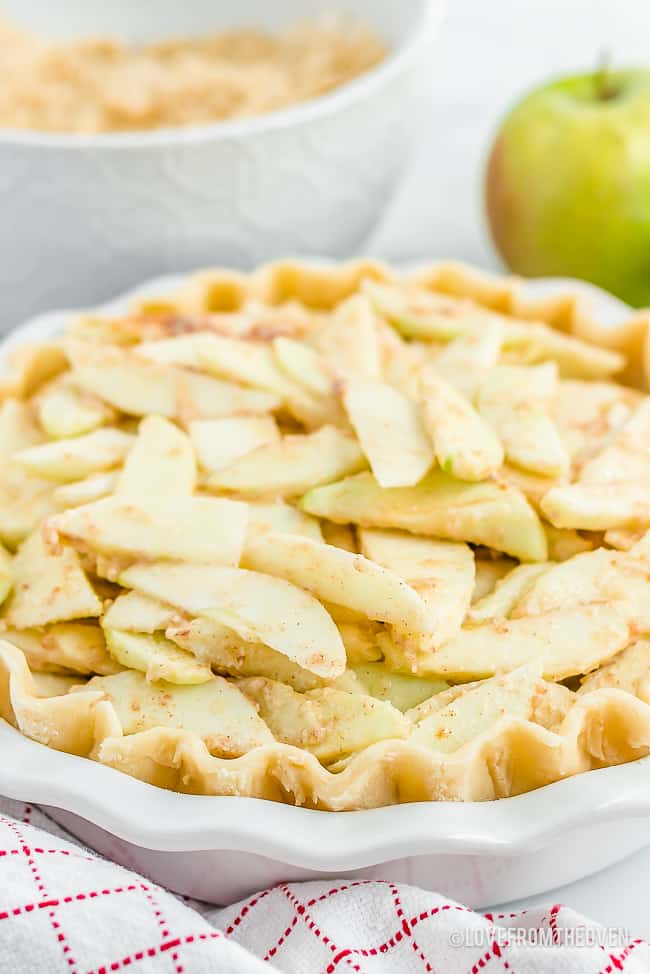 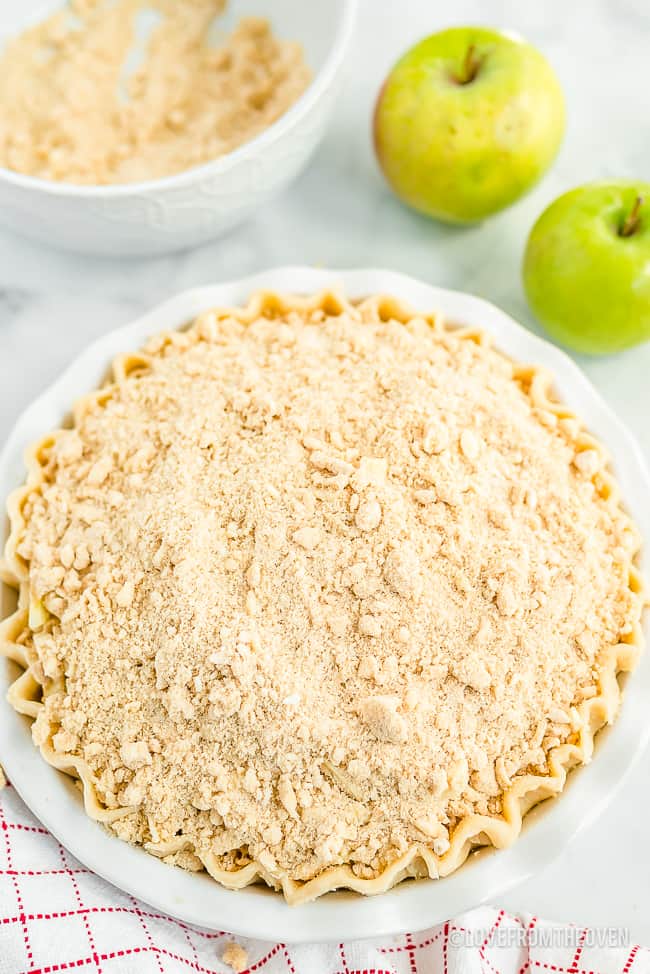 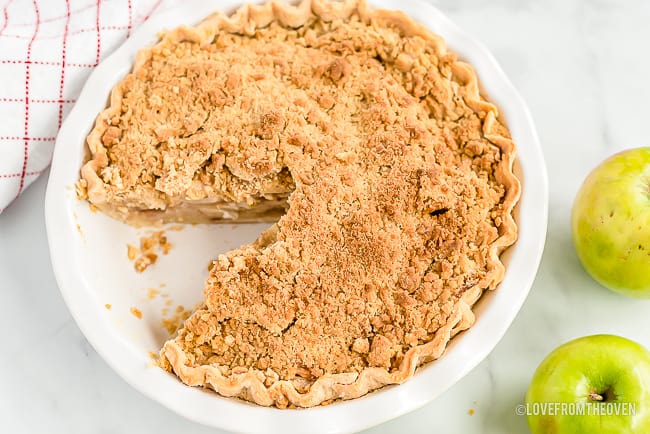 Make sure to also try my Caramel Apple Pie!

Fill your kitchen with the enticing aroma of baking apples with this easy Dutch Apple Pie recipe!