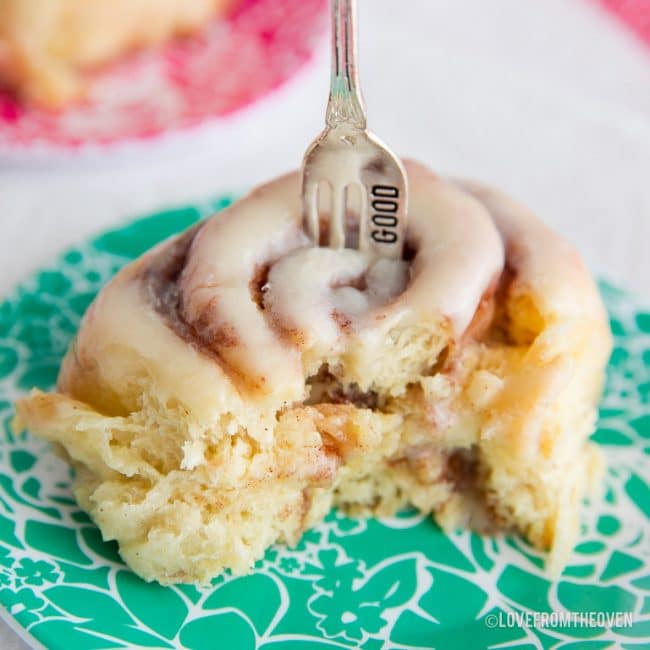 Since cinnamon rolls are probably my all time favorite morning indulgence, I always think of them on special occasions such as Christmas or Mother’s Day breakfast. When my friends at Bounty asked if I’d like to share how my family celebrates special mornings, these overnight cinnamon rolls came to mind almost instantly.

Check out how EASY these overnight cinnamon rolls are to make! Frosting making compliments of my seven year old.

These overnight cinnamon rolls are ridiculously delicious, quite simple to make and kind of messy. Have you ever met a great cinnamon roll that isn’t messy? I sure haven’t! I feel like a non-messy cinnamon roll isn’t doing it right, there’s just an element of ooey gooey that is required with a good cinnamon roll, don’t you think? Thank you to Bounty for sponsoring this post. 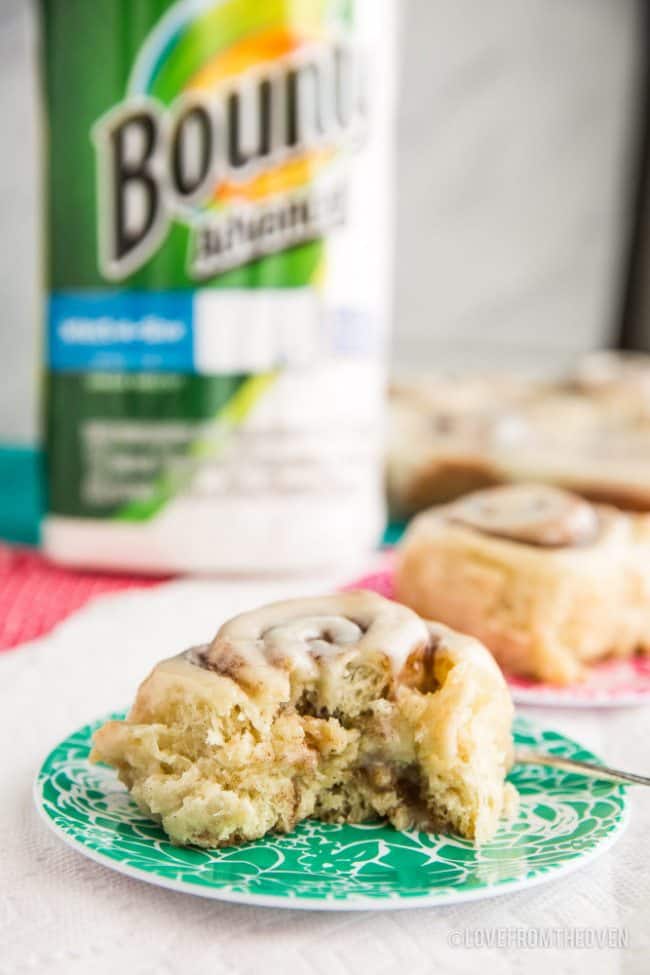 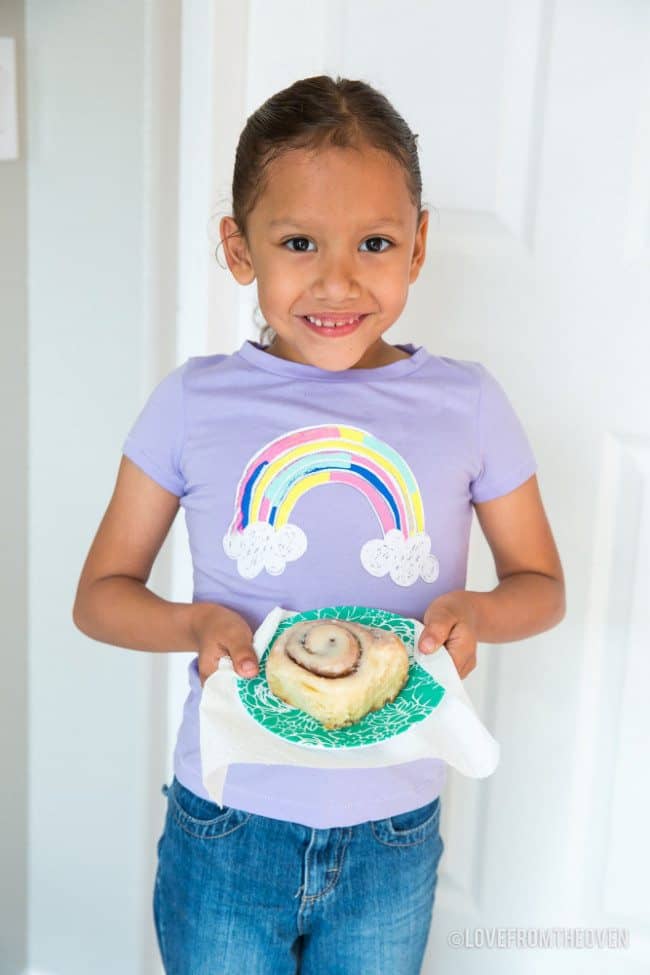 We also love these for Mother’s Day. You can whip up these overnight cinnamon rolls the day before Mother’s Day and pop them in the fridge. Then, on Mother’s Day, the kids, dad, your significant other, whoever, can take them out, let them sit out to rise, bake them and make some homemade frosting. This I feel fairly confident my family can do. Oh, and since the rolls do need to sit out a bit to lose their chill and rise a bit, free free to leave instructions for anywhere between 30 minutes and an hour. That’s sleep in time for mom right there, and also time for some homemade Mother’s Day cards, just in case they didn’t quite make it to the store. 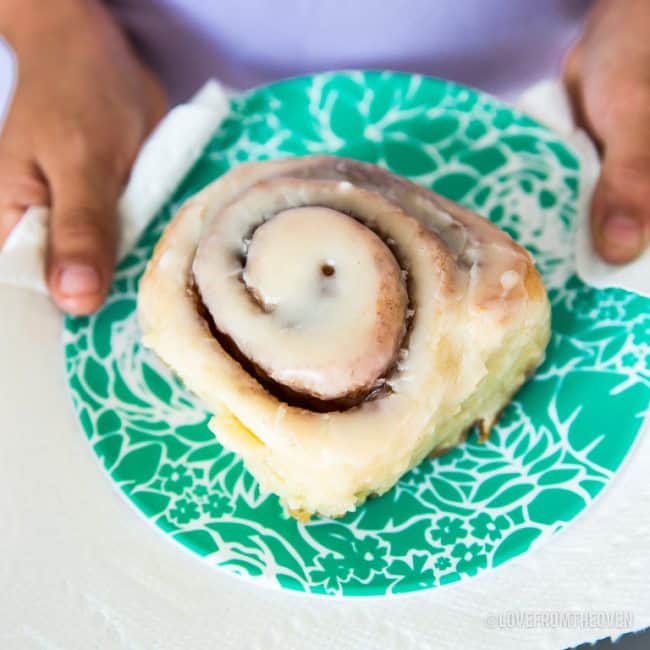 This is a situation where everyone really wins. Mom gets to sleep in (in theory), the smell of fresh, hot overnight cinnamon rolls fills your home, dad and the kids feel like rockstars because they managed to put a pan in the oven and stir up a few ingredients, and you get a decadent and delicious breakfast that you deserve. See, being realistic can really pay off.

Another thing to contend with when the kids are in the kitchen… messes. When the kids are helping out it’s bound to get a little messy. Bounty absorbs the mess quickly, so significant others and the kids can focus on making holidays truly memorable. Bounty is a more absorbent paper towel, which means the roll lasts longer and significant others won’t need to use as much to tackle the messes that come with cooking with the kids. 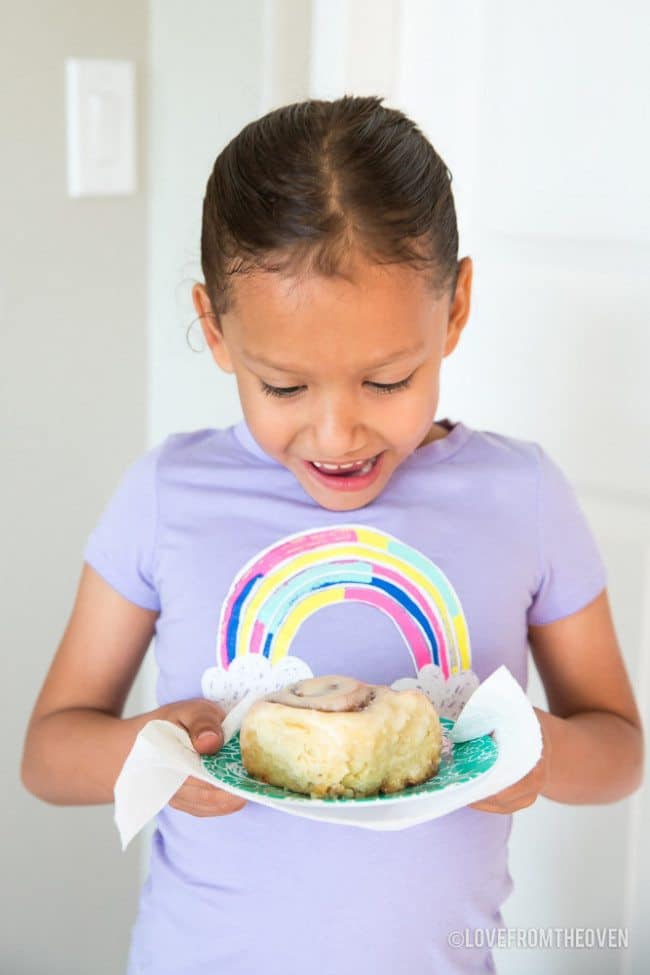 And while these are a fabulous Christmas breakfast idea, they are also great for Christmas brunch. I like to make them the night before (hence the overnight part of the overnight cinnamon rolls), then I can focus on whipping up things like eggs or bacon while they bake, and get to spend more time with my family. 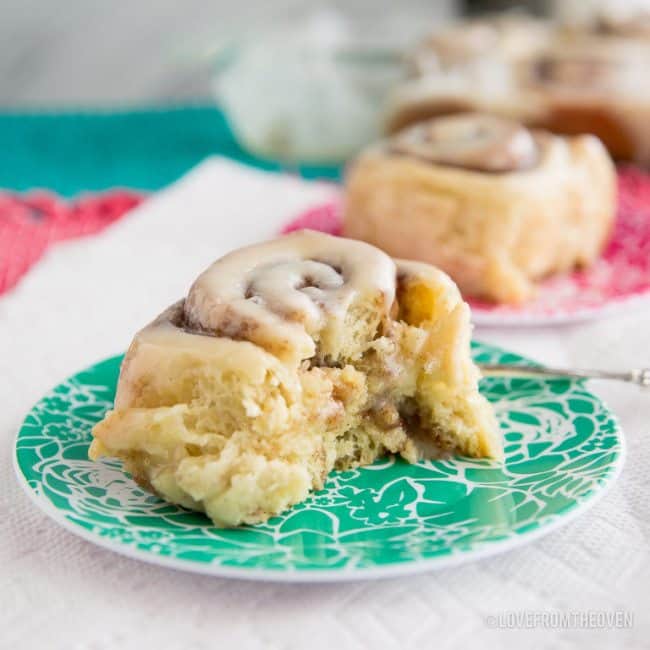 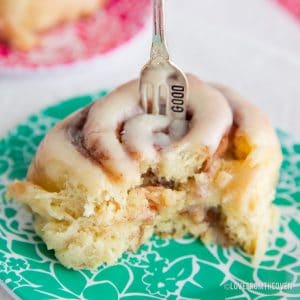 I’ve even got a handy little overnight cinnamon roll recipe sheet you can print to put with the cinnamon rolls, to help whoever might be baking them up on Mother’s Day morning (also great if you want to give some as a gift). 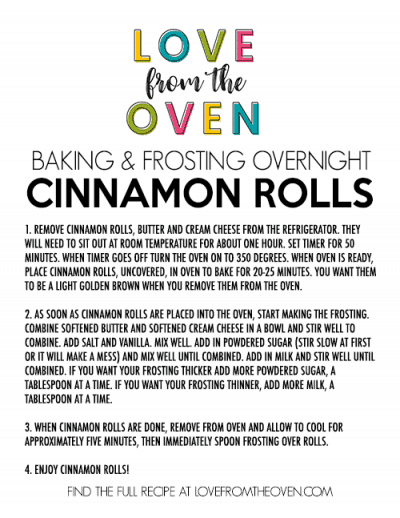 Want a bigger cinnamon roll? I’ve got you covered with my Homemade Giant Cinnamon Rolls. If you haven’t tried making Whole Wheat Cinnamon Rolls, give it a go. They are delish! We love to celebrate with Birthday Cinnamon Rolls. Lemon Rolls are perfect for spring and summer!

PIN THIS OVER NIGHT CINNAMON ROLL RECIPE TO SAVE IT!

Originally published May 2017. Disclaimer: This post was sponsored by Bounty. All opinions however are mine and mine alone.