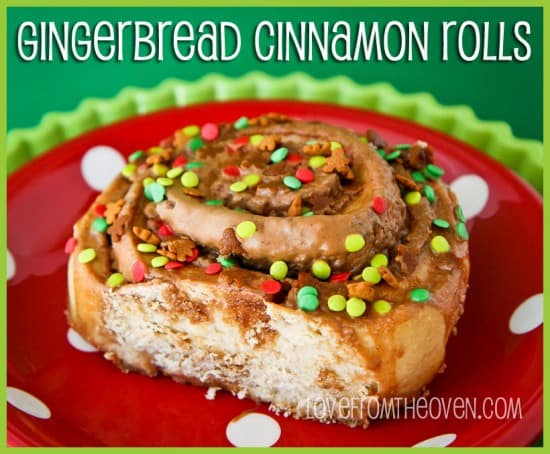 This recipe is amusing to me because my husband actually had quite an opinion about it. In his mind gingerbread and cinnamon were not friends. Then we both started proving each other wrong by finding recipes and products that did or did not contain cinnamon. Apparently neither of us likes to be wrong. And I wonder why we have such stubborn kids. But we both love cinnamon rolls, so I basically ignored him and went forward with my plan. I think everyone in the house, including my husband, would agree that these were incredibly good (even with some cinnamon in them!). Even my “not so sure about gingerbread” daughter loved them. 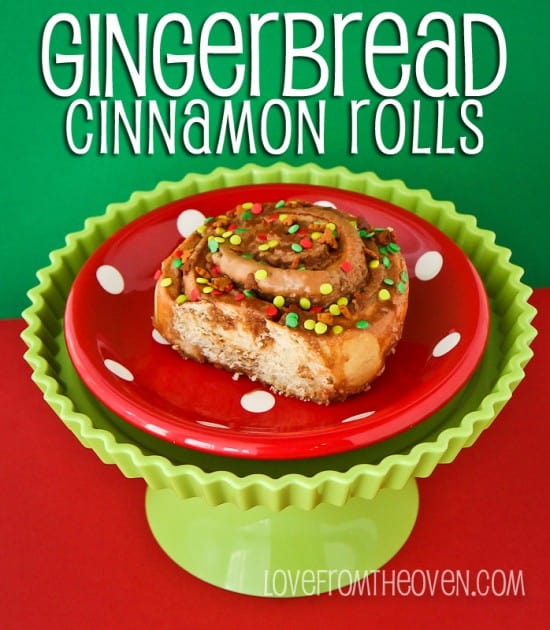 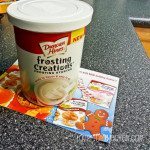 I was inspired to go with gingerbread because back in June when I visited Duncan Hines, I got an early taste of their Gingerbread Flavor Mix for Frosting Creations. I was shocked at how much I loved it – I’m not a huge gingerbread person, but it was so good, and after months of waiting, it’s finally in stores and time to bake with it. We love the other cake mix cinnamon rolls I have made, so I stuck to that recipe with some tweaking that included the addition of ginger snaps and molasses. 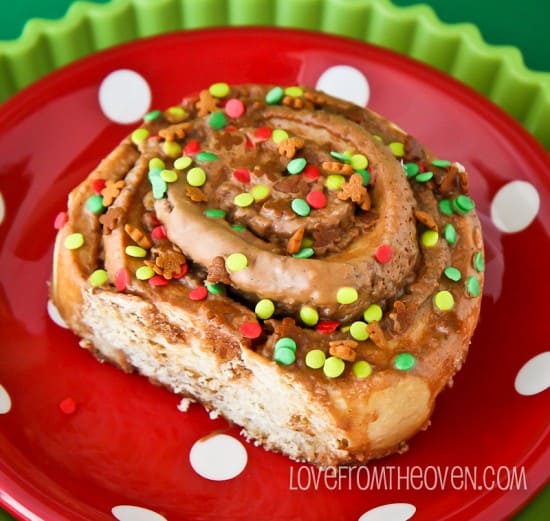 To really pack in the ginger flavor, instead of just using cinnamon and sugar for the filling, I ran some ginger snap cookies through my food processor, turning them into a fine crumb, and including them in the cinnamon roll filling. It adds a bit of texture (a little crunch) and certainly kicks up the gingerbread flavors. 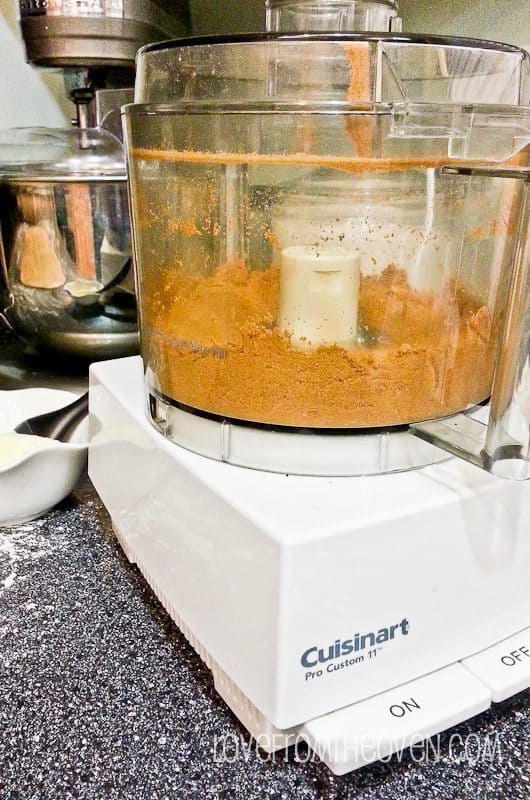 You’ll have to forgive the more grainy photos – when I started to make these I realized my camera battery was completely drained and thus the cell phone had to step in for the “how to” shots. After a nice slathering of butter, a generous coating of ginger snap cookie crumbs… 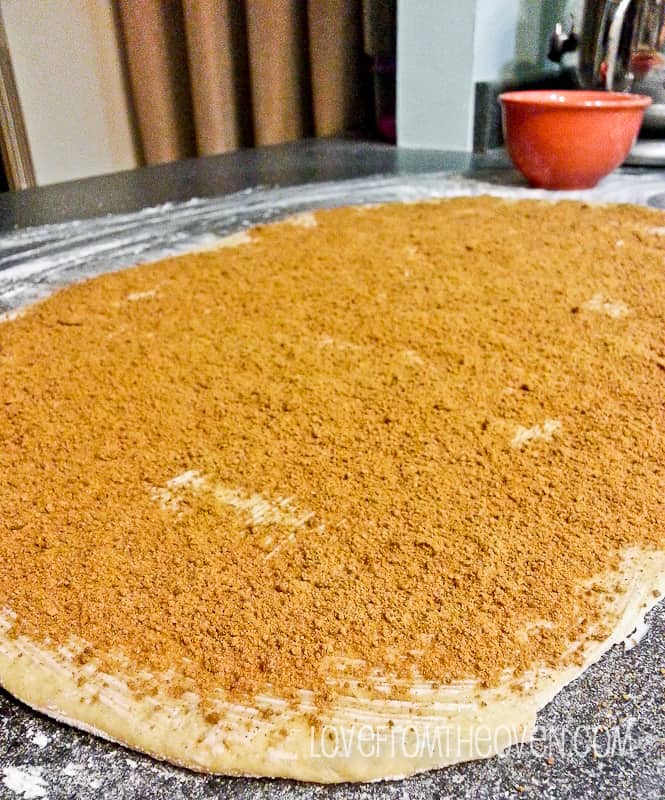 Followed by some cinnamon and sugar. You can use white or brown, but I went with brown sugar for these. 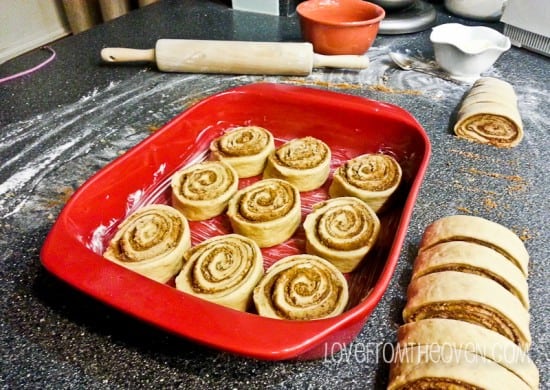 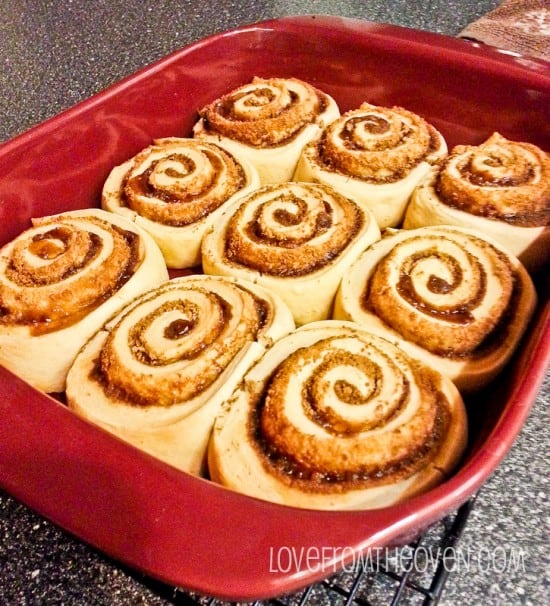 Here is the recipe… 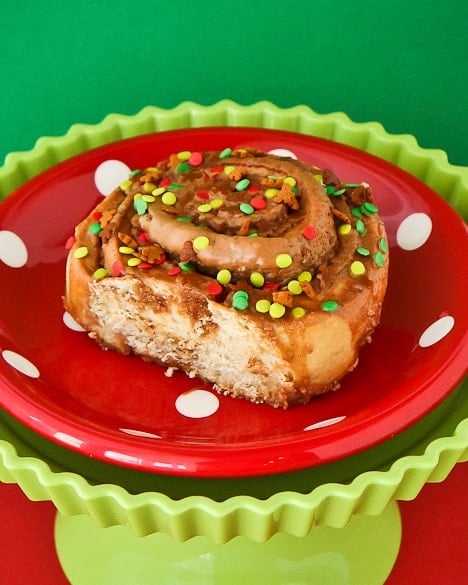 Frosting Creations has been discontinued since this post was written in 2012. You can frost with a standard cream cheese frosting or add a touch of cinnamon and ginger to any vanilla frosting recipe.

And if that doesn’t give you your fill of cinnamon rolls, here are a few other recipes to try… 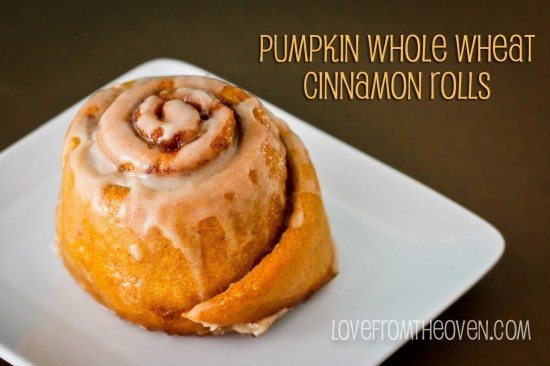 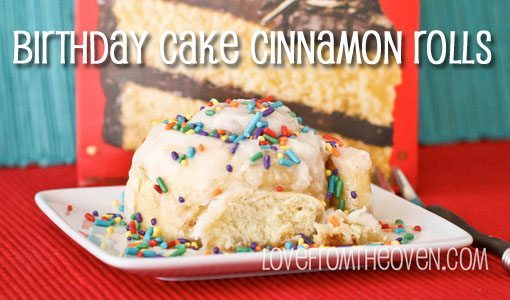 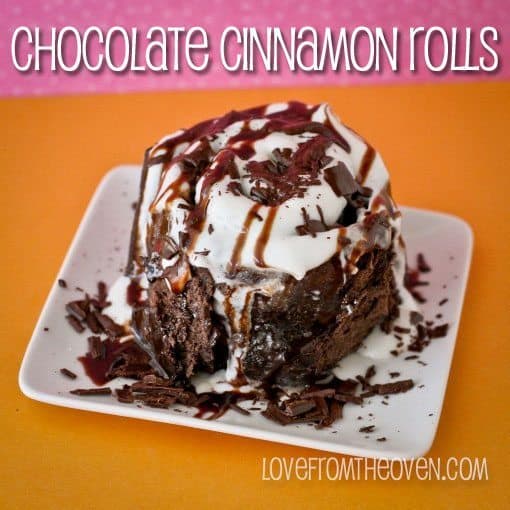 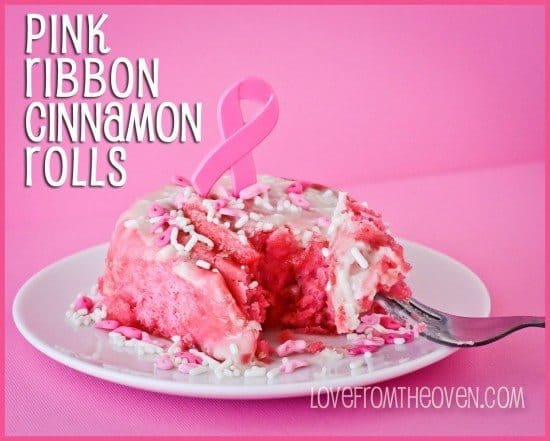 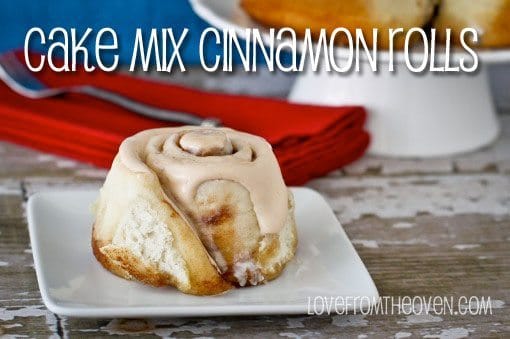 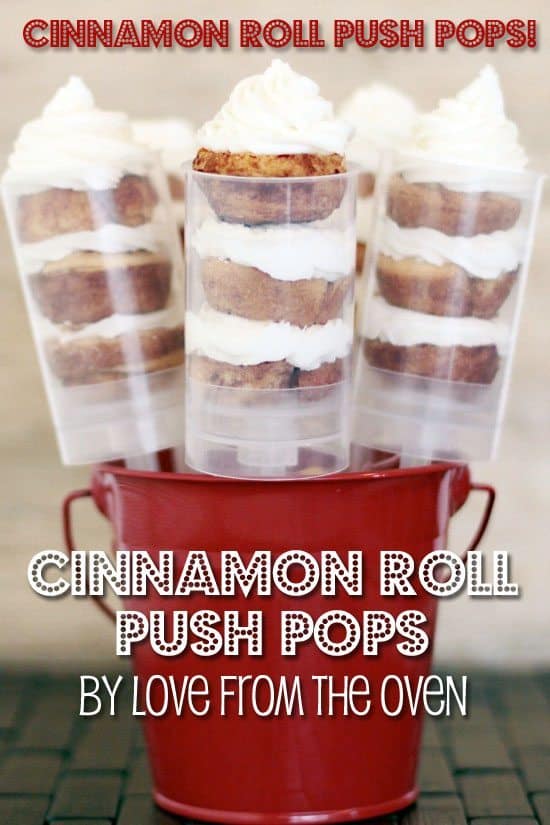 And don’t miss the Cinnamon Roll Bites From Other Blogs for a great collection of cinnamon roll recipes from other bakers and bloggers! And head over to this post to enter to win the great prize pack from Duncan Hines and Wilton Cake Decorating! 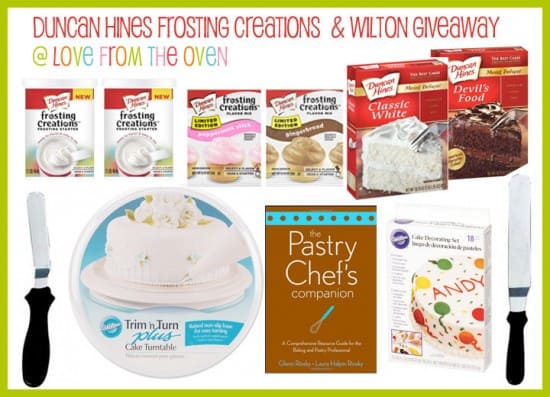