This easy Apple Cobbler Recipe makes a perfect fall dessert. There is nothing quite like that warm apple filling, topped with a buttery crust and finished off with a creamy scoop of ice cream. If you love apple desserts as much as I do, then you are going to love this quick and easy recipe. 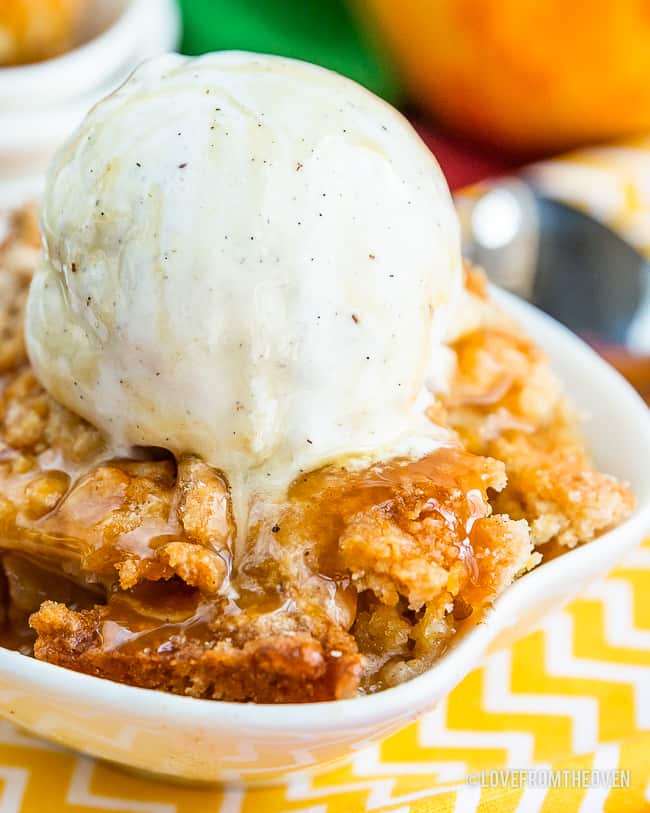 While chocolate often gets the spotlight, there is no denying that apple desserts have the potential to steal the show. There is a special magic that happens when apples are baked with cinnamon and sugar, covered with a decadent topping or crust and then topped with cool, creamy ice cream. While each ingredient is great on it’s own, they truly transform when combined and served warm, as they are in this Easy Apple Cobbler Recipe. 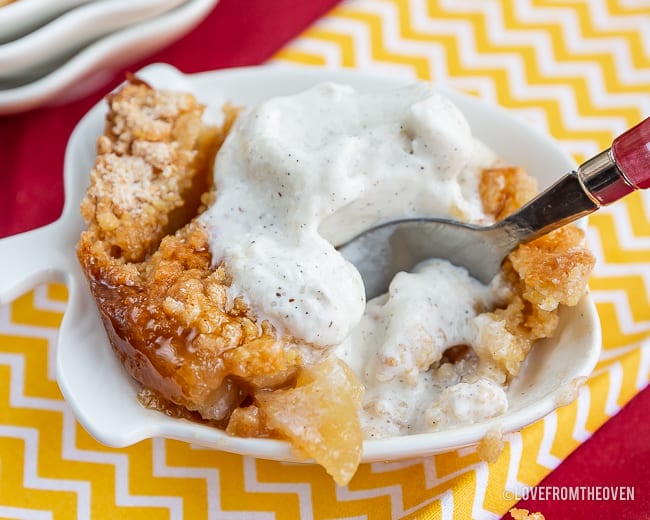 What’s the difference between Apple Cobbler and Apple Crisp?

While I often make Apple Crisp, I decided it was time to share an Apple Cobbler.

This Apple Cobbler recipe has quite a bit in common with Apple Crisp. Obviously they share delicious baked apples. They are both topped with buttery toppings. Both deserve a big scoop of vanilla ice cream when being served. And they both are really taken over the top with a drizzle of caramel sauce. 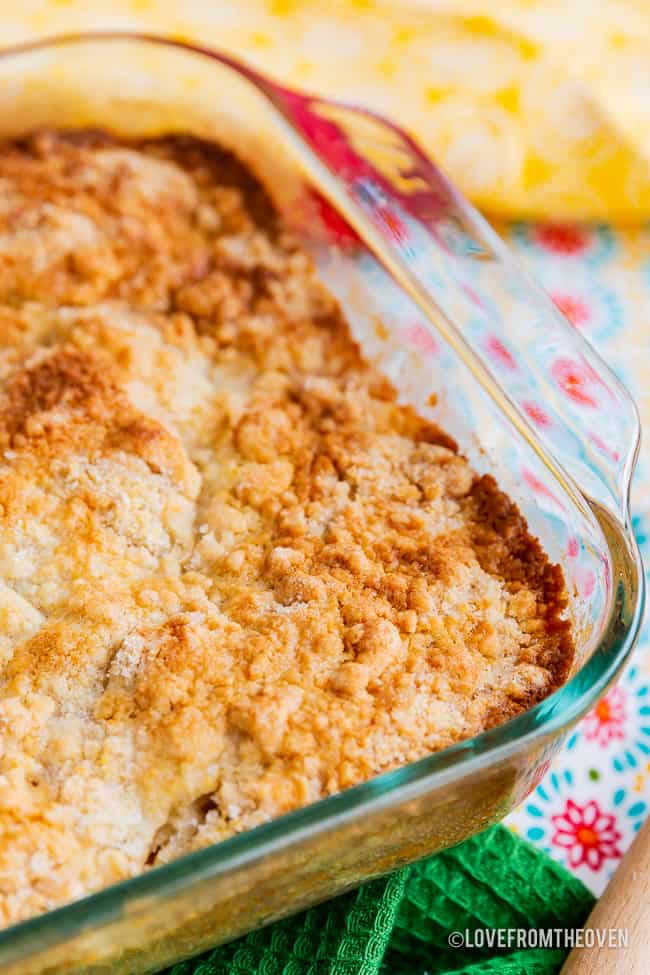 The main difference between an Apple Cobbler and an Apple Crisp comes down to the topping.

An apple cobbler has a biscuit like topping or crust. The level of sweetness in that crust can vary. 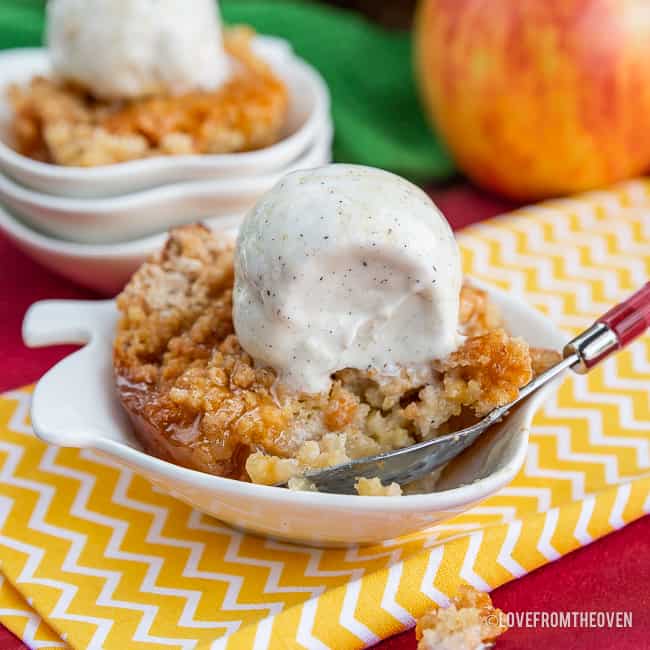 While an apple crisp has a more streusel like topping, typically including oats, and sometimes including nuts as well. Truth be told, the end result, when topped with a scoop of ice cream, is very similar. 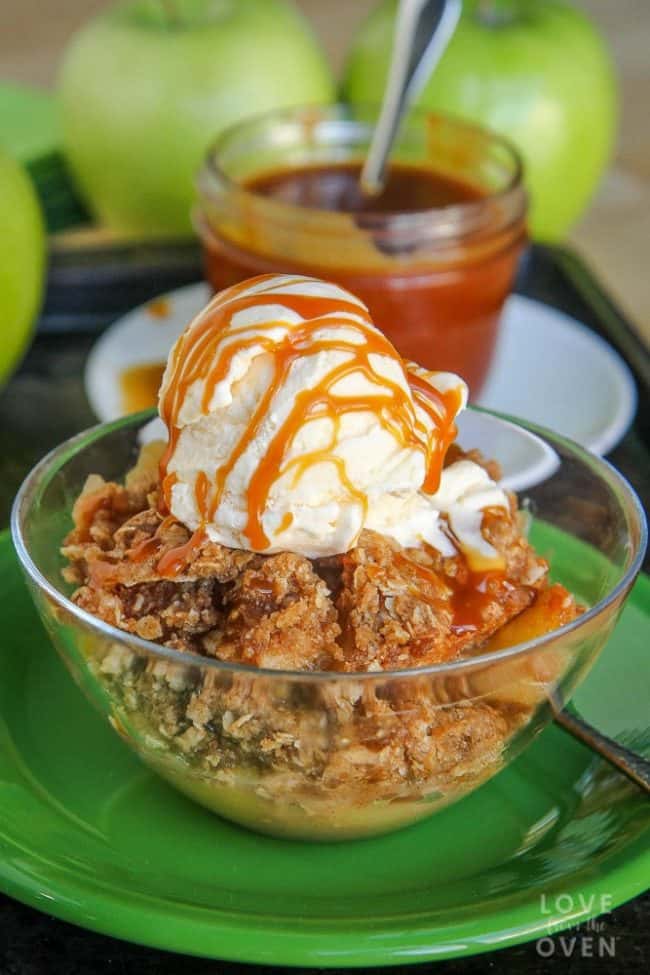 Both are delicious, and easy to make. Personally I think you should try making each this fall. Your friends and family will thank you for making either one. And I’m pretty sure they will cheer for you if you decide to make them both.

How To Make Apple Cobbler

Apple Cobbler is simple and easy to make. Here’s a quick run down of what you’ll need and what you’ll do, with the full printable recipe at the bottom of this post. 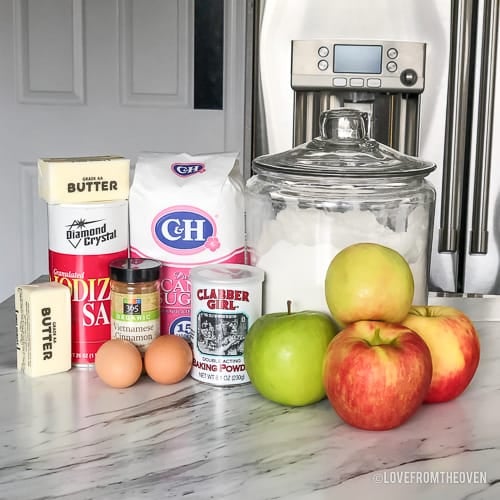 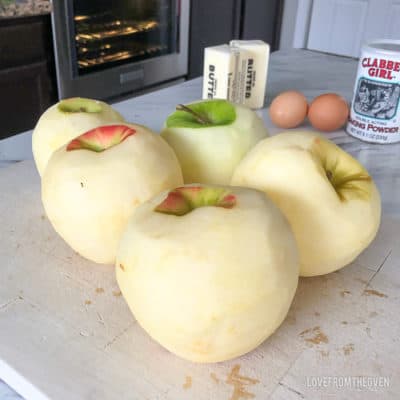 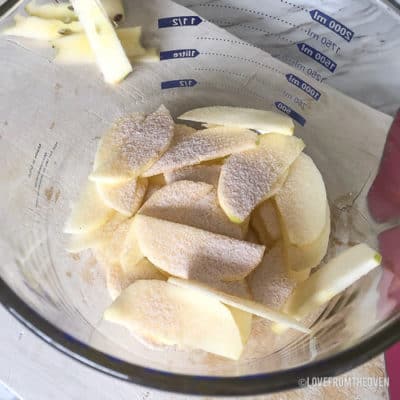 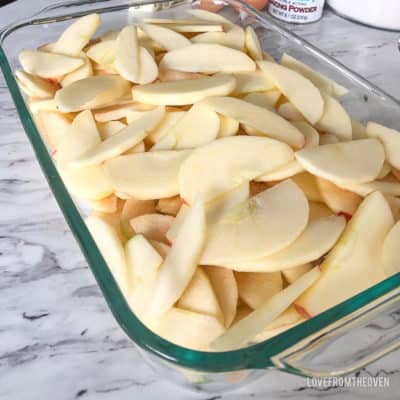 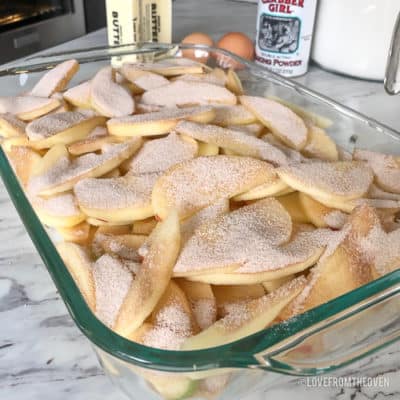 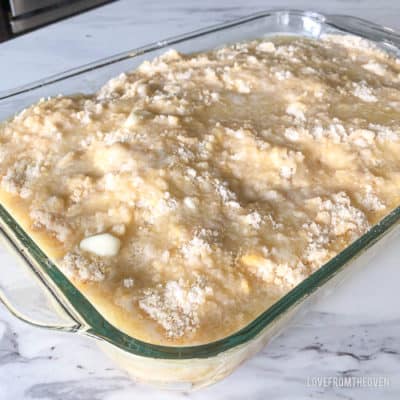 What Apples Are Best To Use?

Tips For Baking With Apples:

My best tip when baking with apples is to use a variety of apples in the recipe.

When I visited an apple farm a few years back, I asked the ladies what apples they preferred to bake with. More than a specific apple in particular, they preferred multiple apples.

For my apple desserts, I always use a combo of granny smith (a gold standard for baking in my opinion) and one or more of the apples listed above. Do yourself a favor, even though they are common and inexpensive, avoid using red delicious apples when baking. When baked they can become very mealy and mushy. 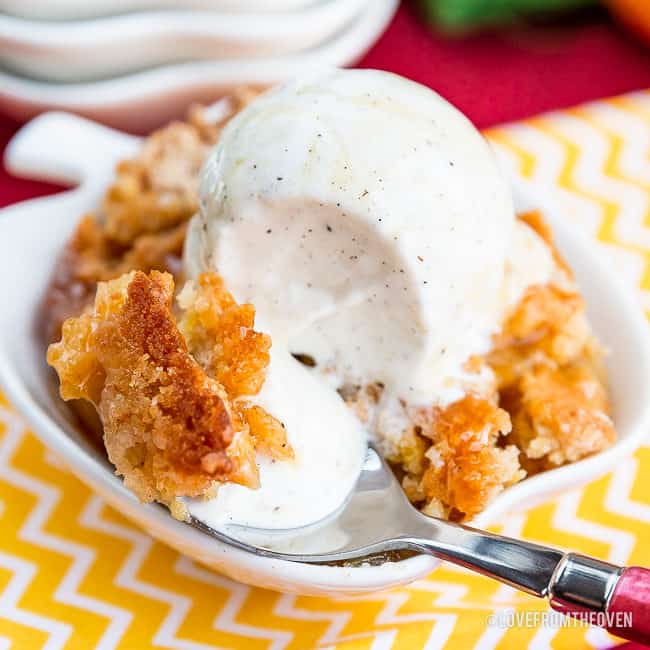 Does Apple Cobbler Need To Be Refrigerated?

According to the USDA, fruit pies (close to cobblers and crisps) are food-safe at room temperature for up to two days because they contain plenty of sugar and acid, which retard bacteria growth. So no, technically they do NOT need to be refrigerated.

Do I refrigerate mine?

Yes, every single time. I personally just feel better storing my apple cobbler in the fridge.

Can You Freeze Apple Cobbler?

This recipe doesn’t do especially well when frozen. The biscuit like topping can get quite mushy, and the apple texture isn’t always the best after freezing. If you don’t mind the funky texture you might end up with, then there’s no harm in freezing it. However, this really is a quick dessert to make, so I recommend making it fresh.

Other Apple Desserts To Try 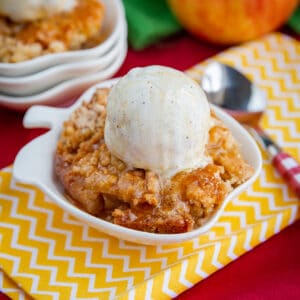 The following apples are recommended for baking this recipe:

I hope your family enjoys this recipe as much as we do!