I have brownies for you today. AMAZING brownies. We’re talking make these immediately brownies. Super delicious, moist, rich brownies that only take one bowl to make, no need to melt chocolate, and really only take a few more steps than making box brownies. And they are totally worth those few extra steps. 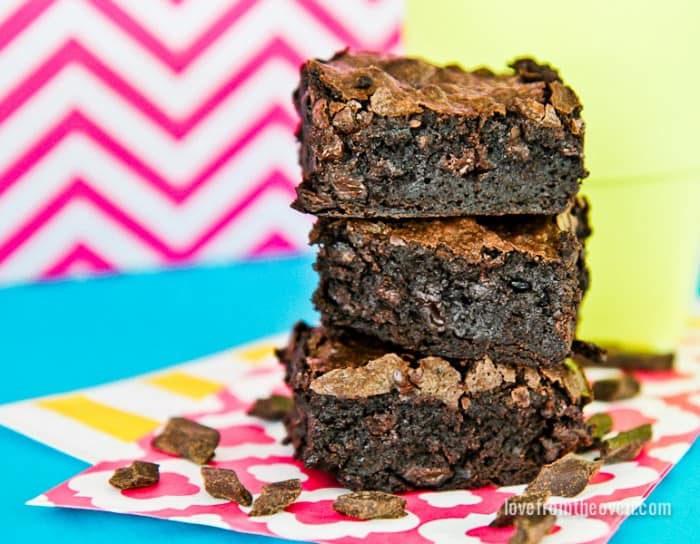 I’m calling these Caffeinated Brownies because they have coffee added to them, but I have to say right now – if you don’t like coffee (I really don’t), don’t worry – you really don’t taste coffee, it just kicks up the chocolate and gives it a richer deeper flavor. If you love coffee, you can add more espresso powder to these and really bring out the coffee flavor, but I’ve had four non-coffee lovers all agree, these are not only good, they are GREAT.

My husband and daughter both agreed these are the best brownies I’ve made, and I’m not going to debate them on that. The best part, they really aren’t any harder to make than box brownies, you only need a few more VERY simple steps and you can make them all in one bowl. Did you hear that? One bowl brownies! 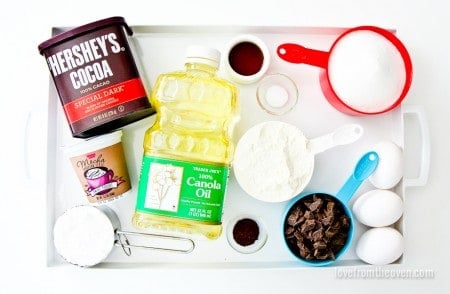 I grew up on box mix brownies, so I’m not a big fan of complicated brownie recipes. They are delicious, but I tend to just make a mix versus making a multi-step homemade brownie recipe. This recipe, which I adapted from a King Arthur Flour recipe, is every bit as simple as a box mix. Really the only step that is different is brewing a cup of coffee. 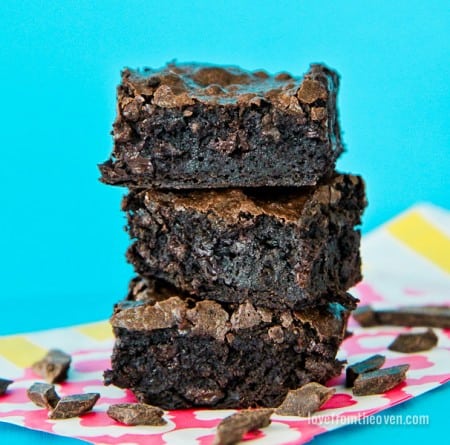 As I mentioned, while these contain coffee, they do not scream “COFFEE!” at you. I really don’t like coffee, and usually go out of my way to avoid it, but I wanted to make a dessert that had some caffeine. I wanted to make something for the staff at my daughter’s dance studio, which is preparing for recital this week. Caffeine is pretty much a necessity during dance recital week. While these are not exactly like drinking a shot of espresso, chocolate and coffee both have caffeine, so it works for me. 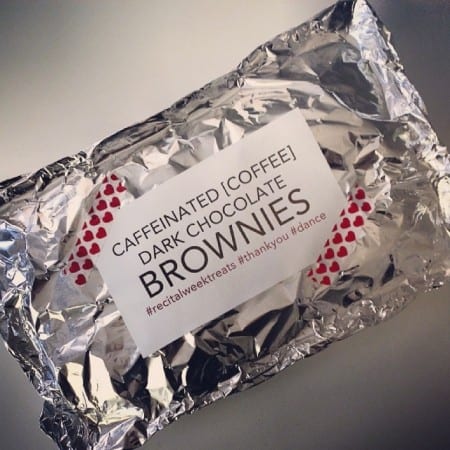 I used a coffee flavored yogurt in these (mine was from Trader Joe’s). While the recipe calls for 1/3 cup, this is one of those times where if your container has more than 1/3 of a cup (which it probably does), you can either eat said extra yogurt from your spoon, or go ahead and add it to the mix, that little extra won’t hurt the recipe at all. And if you LOVE coffee, double the amount of espresso powder in the recipe to kick up the coffee flavor. 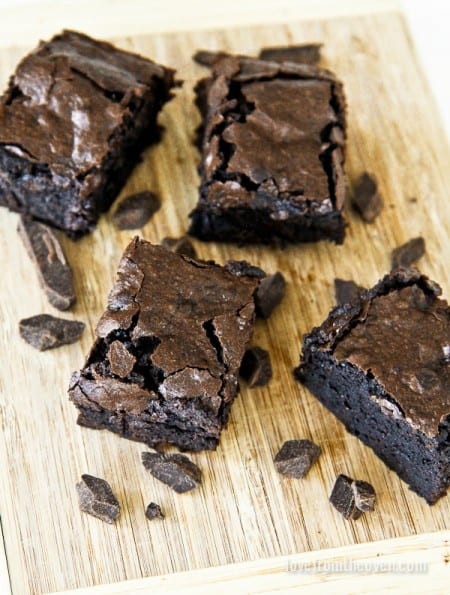 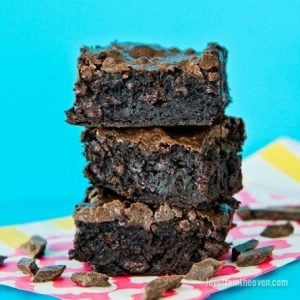 5 from 1 vote
Author Christi Johnstone
If you love coffee, double the espresso powder in these amazing, moist and rich (yet super easy to make) brownies. As is the recipe has just a light hint of coffee, and even non-coffee lovers will LOVE these!
Print
Pin It
Share
Save Saved! 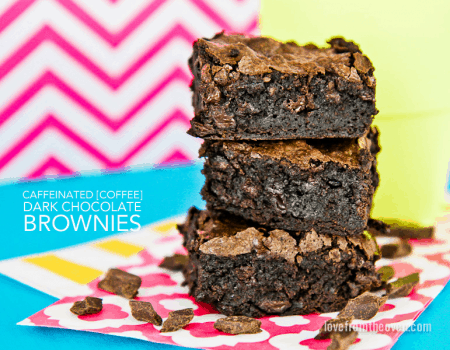 Do yourself a favor. Do your friends, family and/or co-workers a favor. Make these brownies, and share, because they are super rich, moist and fudgy, and SO darn delicious.

If you love brownies, here are a few more you need to try… 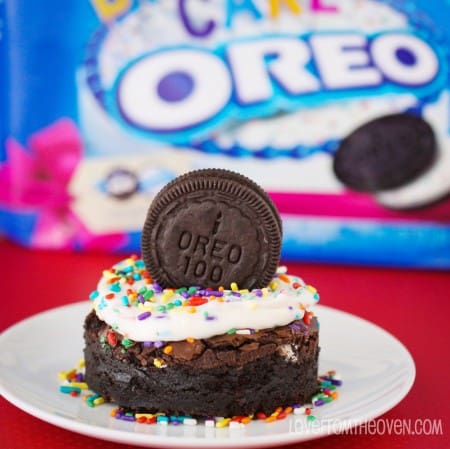 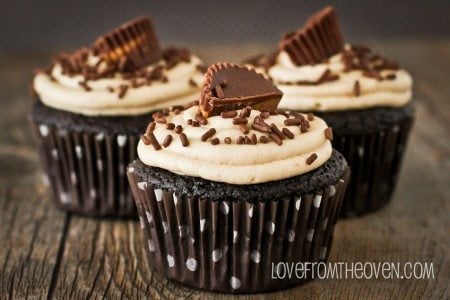 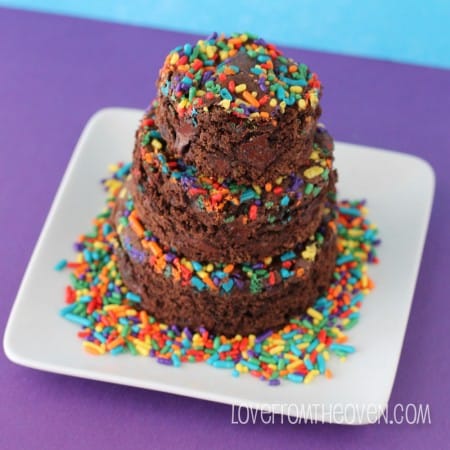 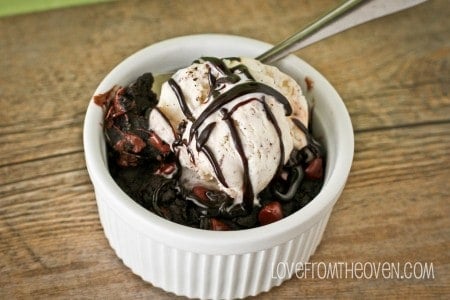 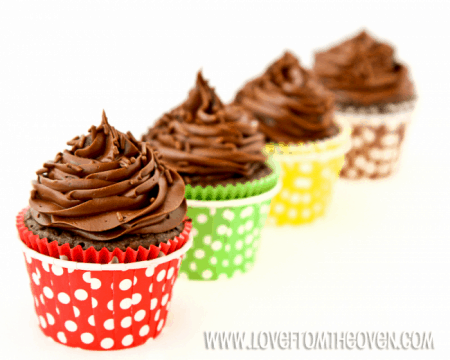 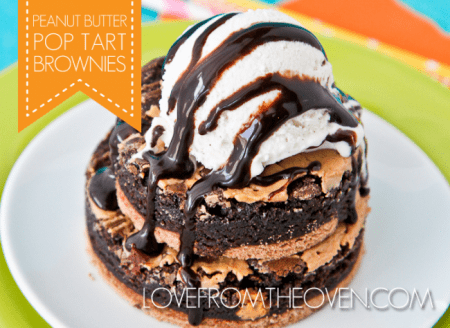 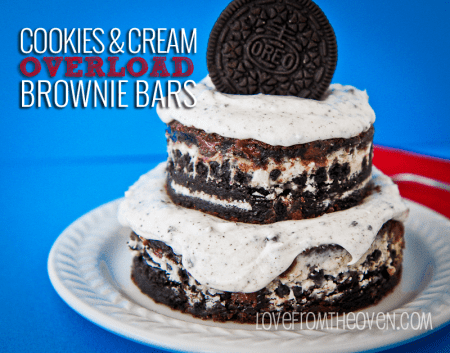 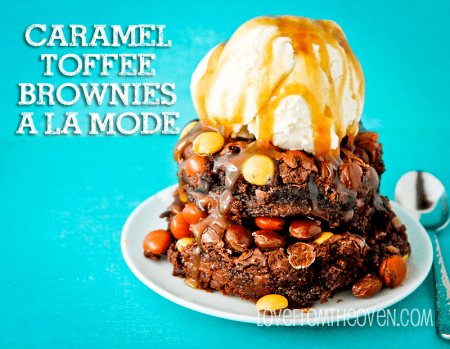 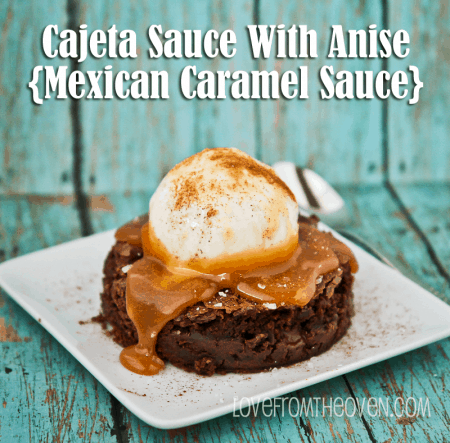 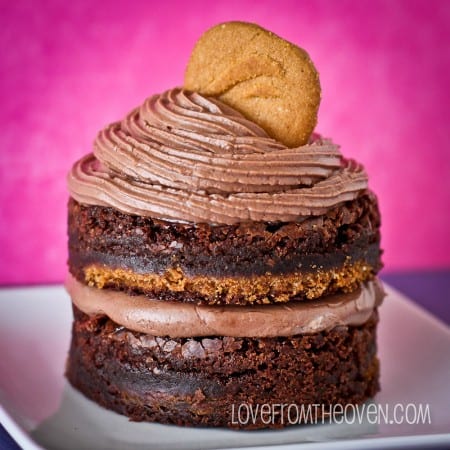